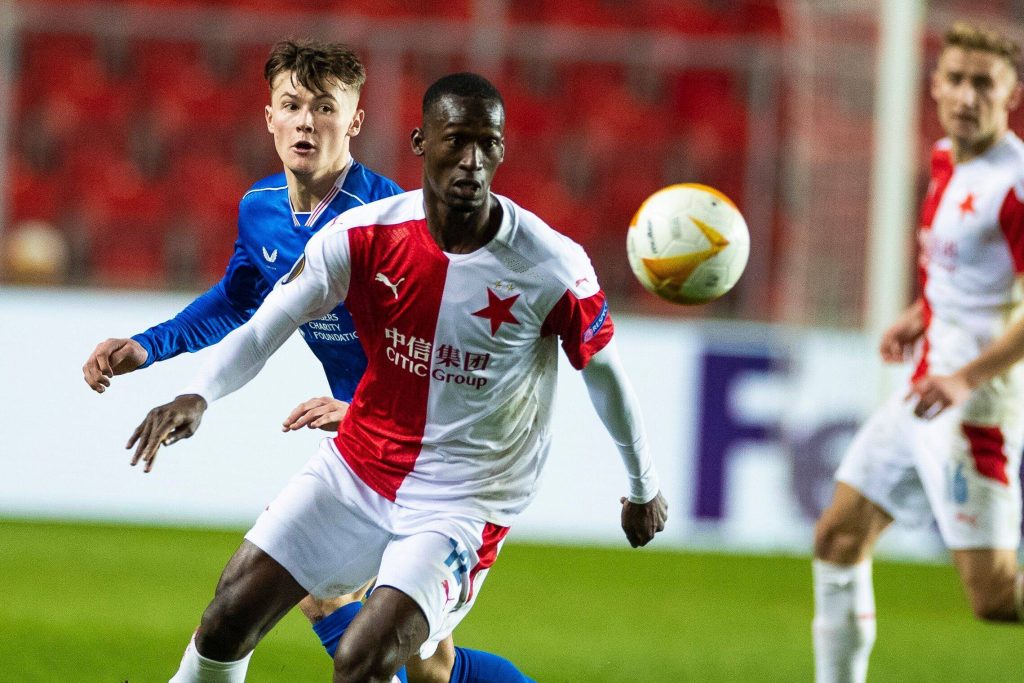 Crystal Palace have joined the race for Slavia Prague forward Abdallah Sima ahead of the summer transfer window, according to Sky Sports journalist and transfer expert Fabrizio Romano.

Crystal Palace are still in contact with Frank Lampard and his agente as potential new manager – talks progressing. Abdallah Sima from Slavia Praga is among the options as new signings, also in case Lampard will be appointed. 🔴🔵 #CPFC

Leeds United and West Ham United are also keen on the 19-year-old who has been in explosive form in 2020-21.

Sima, 19, has scored 19 goals in 36 games across all competitions for the Czech Republic outfit, and Everton, Arsenal, Manchester United, Paris Saint-Germain and Juventus are keeping tabs on him too.

Slavia have already received a £25 million bid for the forward from an unnamed club, but they valued him at £50m in January.

They could be ready to accept a lesser fee for him, though, and fierce competition is expected for his signature this summer.

Sima is keen on moving to the Premier League, and the trio of Palace, Leeds and West Ham will be hoping the promises of regular playing opportunities could lure him to their side.

Having tasted European football with Prague, the Senegalese could prefer to join a side playing in one of the continental competitions next term, and that could give David Moyes’ side an edge ahead of the Eagles and the Whites.

Leeds’ style of football under head coach Marcelo Bielsa has plenty of admirers, but they need to improve in the final third to challenge for the top-six next term, and pipping top suitors to Sima’s signature would be a massive statement of intent.

In other news, Leeds are reportedly looking to pip competition to Newcastle United star.