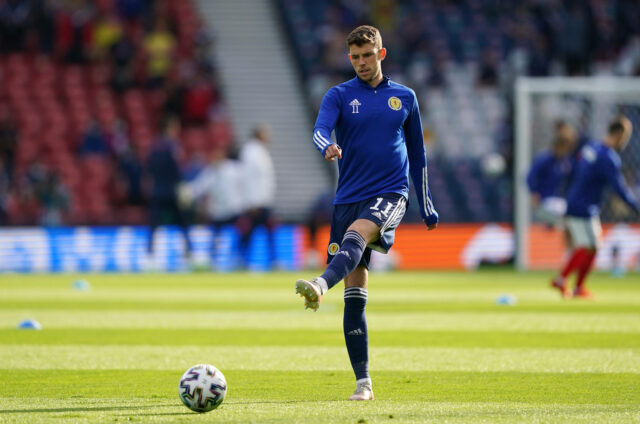 Crystal Palace have joined the race to sign Ryan Christie in the summer transfer window, according to the Daily Record.

The 26-year-old has only six months left on his current Celtic contract, and he is available on a cut-price deal.

French club Nice remain in the hunt for Christie’s signature after having a bid rejected back a year ago. However, the Eagles have now joined the race to sign the Scotland international.

Patrick Vieira is likely to announced as the next Crystal Palace manager, and he will make signing Christie a priority for the London club.

Palace flirted with relegation last season, and the squad needs a massive overhaul.

Christie, who revived his Celtic career under Brendan Rodgers, has been one of the consistent performers for the Bhoys in the past few seasons. He would be a cracking signing for the Eagles.

It has been claimed that Celtic are in no rush to offload the player.

Christie’s situation is baffling as it means Celtic are prepared to lose him for free unless they are confident of persuading him to sign a new deal.

He has only a few months left in his contract, and the Hoops should look to sell him this summer.

Postecoglou wants players who are fully committed to the club in the long term, and Christie does not seem to fall into that category.