Crystal Palace 0-3 Chelsea: 3 things we learnt as Blues put on their best display of the season 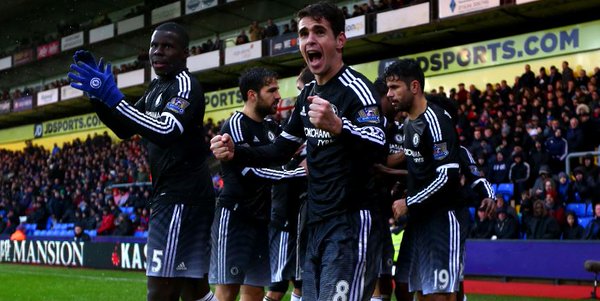 Chelsea played arguably the best match of their Premier League campaign so far to record a fantastic 3-0 win away at high-flying Crystal Palace on Sunday. Goals from Oscar, Willian and Diego Costa saw the Blues record their first win under temporary manager Guus Hiddink. They remained in 14th at the end of the week, but one feels that there is only one direction in which they will head after such a morale-boosting victory.

Here are 3 things we learned from the game at Selhurst Park:

The travelling Chelsea fans chanted these words loudly and proudly at Selhurst Park as they watched their side put on a display reminiscent of last season’s title-winning campaign. They were defensive solid and played some incisive football at the other end. Palace have been in great form this season and were 7th in the table coming into this game. Alan Pardew’s men had also beaten Chelsea at Stamford Bridge earlier on in the season. But the away side never really looked in too much bother in this one, especially after Oscar gave them the lead in the 30th minute. 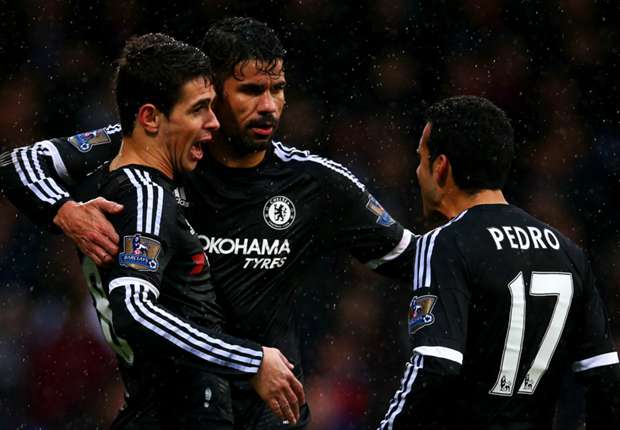 It was finally good to get a glimpse of what John Terry described after the match as “the real Chelsea”. The Blues have struggled to find any sort of form this season and have been hovering above the relegation places in the last few weeks. This result will surely do the players a whole lot of good, and they will look to kick on and enter the top half sooner rather than later.

The Spanish striker was one of the cornerstones of Chelsea’s success last season but had struggled to continue in the same vein this time around. With 3 goals and an assist in his last 2 games though, he may just have turned a page. He set up Oscar’s opener yesterday before being in the right place at the right time to tap into an unguarded net for the third goal. The season is approaching a very crucial stage and the Champions League will be back as well next month. It will be a huge boost for Chelsea if their top marksman starts, once again, to get on the scoresheet on a regular basis.

3) The case for John Obi Mikel Nemanja Matic was one of the best midfielders in the Premier League last season but has witnessed a stunning dip in form this year. As a result, Chelsea’s midfield has been run ragged by nearly every team they have played against. Hiddink dropped the Serbian yesterday and opted instead for John Obi Mikel, the long-serving defensive midfielder who has just about seen everything during his time at Stamford Bridge. The Nigerian kept it simple, kept his position, made interceptions and blocks and let Cesc Fabregas alongside him do the playmaking. This also gave the Spaniard the freedom to flourish.It was unspectacular yet effective, as Chelsea looked very difficult to break down indeed.