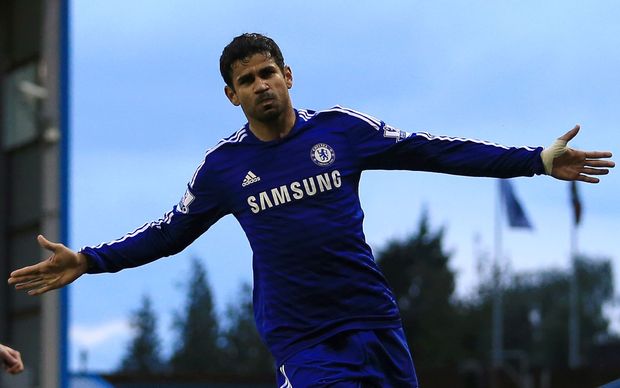 Liverpool and Chelsea managers must feel aggrieved with the news that their star strikers, Daniel Sturridge and Diego Costa, have suffered injuries while playing international football this week.

FA announced yesterday via their official twitter handle that Sturridge won’t be playing any part in England’s opening Euro 2016 qualifier against Switzerland on Monday. The England striker had “felt an injury” in training and would undergo a scan later today to know the extent of his injury. The player himself is “devastated” and feels his latest injury set-back could rule him out for some weeks.

His absence will serve a huge blow to Liverpool. Sturridge, who scored 21 league goals last season, is expected to take the leading strike role in the Liverpool side following the departure of Luis Suarez to Barcelona. What irks most in his case is that he gets this strange habit of picking up minor injuries every now and then that rule him out for a considerable period of time and disrupt the team balance as well.

The Liverpool manager will now be forced to postpone the system that allows him to pick his two best strikers together at the same time.

Liverpool have enough attacking depth and Rodgers could easily tweak the formation into a 4-3-3 or a 4-2-3-1 with Balotelli playing upfront as a lone striker. In theory, Liverpool have a ready-made replacement in place, but it comes at the cost of change in system (read as reverting to plan B or C) so early this season.

Likewise, Chelsea have a problem on their hands after Sky Sports revealed last night that Diego Costa had been pulled out of the Spain national squad, after he aggravated a previous hamstring injury.

Costa, the new signing from Atletico Madrid took no time to adjust to the new league as he picked up his goal scoring form at Chelsea (four goals in three matches) exactly from where he left off last season.

Jose Mourinho usually prefers a 4-2-3-1 system and probably will continue with that even if Costa remain on the sidelines for few weeks (worst possible scenario). He would ask Loic Remy, signed from QPR on the penultimate day of the transfer window, to take up the role of a lone striker in absence of Costa. Remy helped France beat Spain this week with a well-taken goal and could turn out to be the bargain signing of the year if he helps Chelsea with 10-15 goals this season.

Usually, in worst possible cases of a hamstring injury, it could force a player out of action for three to four weeks. We don’t know the extent of Costa’s injury as yet but on the first look, it seems like he could miss Chelsea’s upcoming fixture against Swansea at home.