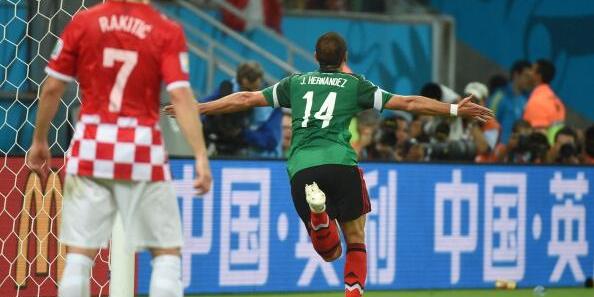 Mexico progressed into the second round of the 2014 World Cup from Group A after an impressive 3-1 victory over Croatia, with Manchester United striker Javier Hernandez grabbing his first goal of the tournament. 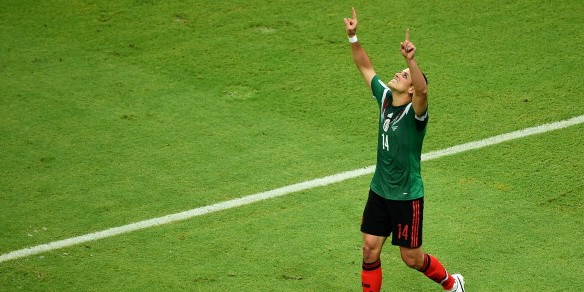 The first half finished goalless, but Mexico had the best of it, with the highlight being a thunderous effort from midfielder Miguel Herrera which struck the woodwork.

The breakthrough came on the 72nd minute, with veteran captain Rafa Márquez powering Miguel Herrera’s side into the lead with a header from Héctor Herrera’s inswinging corner.

The former Barcelona centre-back put in a man of the match performance as part of three central defenders that Croatia struggled to break down. 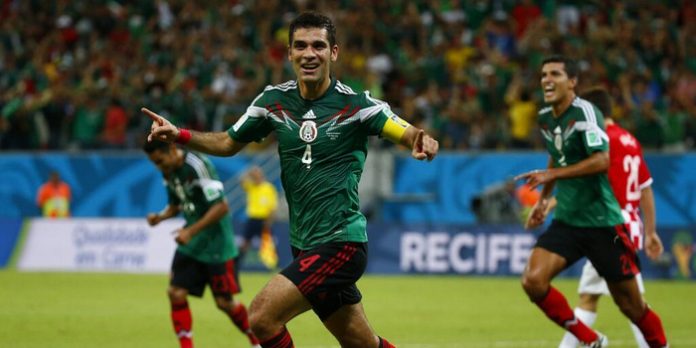 Less than 10 minutes earlier his side had a clear penalty claim turned down by Uzbekistan referee Ravshan Irmatov when Andrés Guardado’s effort was clearly palmed away by the hands of Darijo Srna.

Mexico needed to avoid defeat to secure qualification and it was in the bag on 75 minutes when Andrés Guardado smashed home as Croatia were short of numbers at the back. 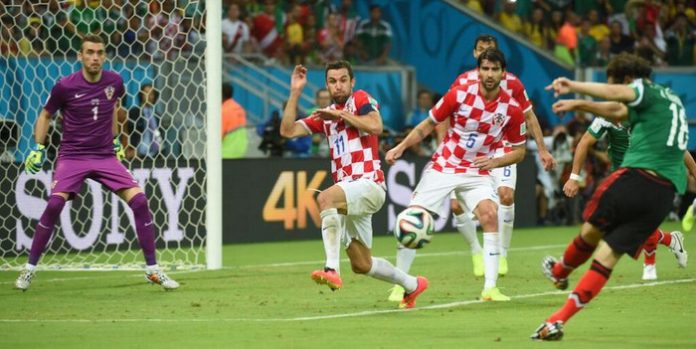 When Javier Hernández headed home from close range on 82 minutes to put real gloss on the win, with Mexico finishing level with Brazil at the top of Group A, only finishing second due to goals scored.

It was Manchester United striker Hernandez first goal in the tournament, and his first for eleven games for his country. The 26-year-old once again started on the bench, but proved to be a super-sub, killing off Croatia with a close-range header from yet another Mexico corner. 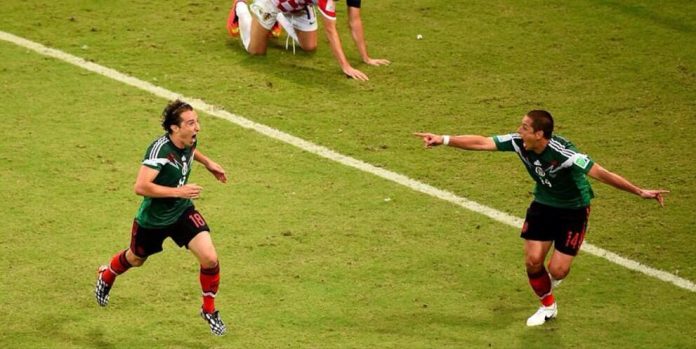 There was still time for a touch of frustration for Mexico keeper Guillermo Ochoa, who had gone 266 minutes without conceding at the World Cup prior to Ivan Perišić’s 87th minute strike, but it was a mere consolation for Niko Kovac’s side, with Mexico firmly in the driving seat.

There was still time for 20-year old Ante Rebić to see red for a nasty challenge on Carlos Peña around Mexico’s penalty area. Seemingly bitter in defeat to the better side on the night.

The Netherlands await Mexico on Sunday in Fortaleza after their 2-0 victory over Chile earlier in the day secured them top spot in Group B with maximum points.

Mexico are a well-organised side under the passionate Miguel Herrera who only took charge last October. They are capable of keeping Netherlands close but they will be heavy underdogs against the European side who have netted 10 goals in three games. 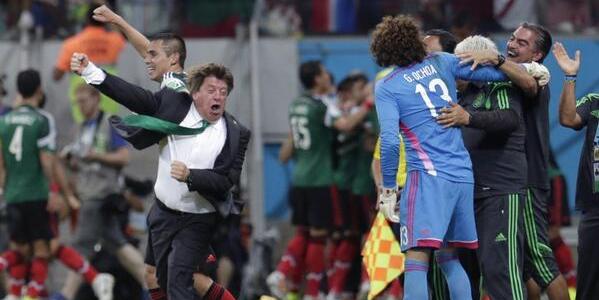