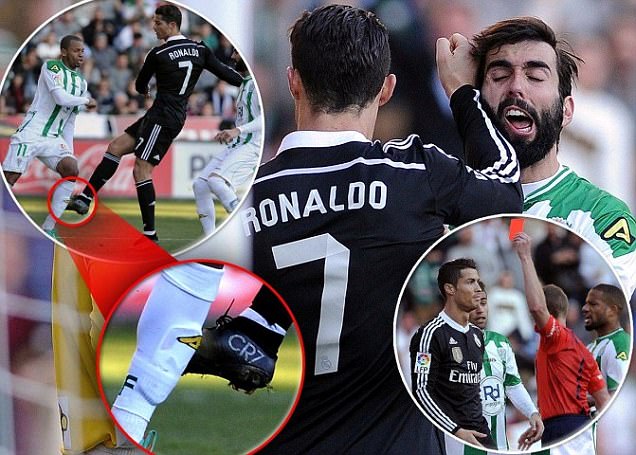 Real Madrid superstar and Ballon d’Or winner Cristiano Ronaldo was sent off last Saturday against Cordoba, which was his ninth dismissal in his career.

Ronaldo’s reckless kick from behind on Edimar was followed by a slap and punch, and later rival fans taunted him on his way to the tunnel.

Madrid went on to win the match 2-1, and Ronaldo was quick with a contrite apology: “I apologise to everyone and especially to Edimar for my thoughtless acts in today’s match.”

Referee Alejandro Hernandez Hernandez doesn’t see it as a violent conduct so Ronaldo is unlikely to serve a three-man ban. Check the video above on Ronaldo’s moment of madness & below his other red cards in his career.