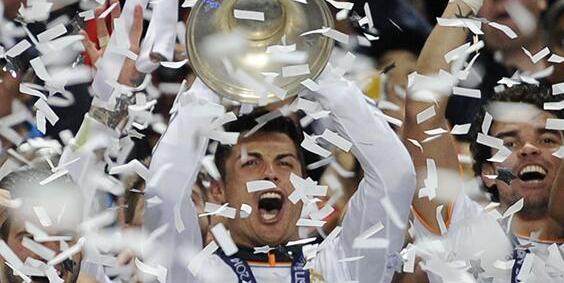 Cristiano Ronaldo, the Real Madrid superstar and Manchester United legend, might do a great favour to Liverpool this summer.

It is now an open secret that Real Madrid are keen to land Liverpool talisman striker Luis Suarez. Club president Florentino Perez wants the Uruguayan to be their new Galactico and lead the attacking line as number nine.

However, according to Spanish newspaper El Confidencial, Madrid are in great fix, whether to renew the contract of French striker Karim Benzema or to launch a mega bid for Luis Suarez.

The 26-year-old Frenchman has scored 19 goals last season and bagged nine assists to his name and has been a consistent performer for the Los Blancos over the past few years. However, with Bale and Ronaldo firing all cylinders, whether such output is seen enough to convince the Madrid hierarchies to hand him a new contract remains to be seen.

The newspaper says Madrid superstar Cristiano Ronaldo’s opinion will also have weight in this decision as the Portugal international feels good playing with Benzema, who complements him well and the Frenchman’s playing style suit his game perfectly. And if he wants Benzema to stay at Madrid, the attention will be shifted from Suarez to elsewhere. So, if Ronaldo’s desire come true, Madrid will probably won’t bid for Suarez in the summer.