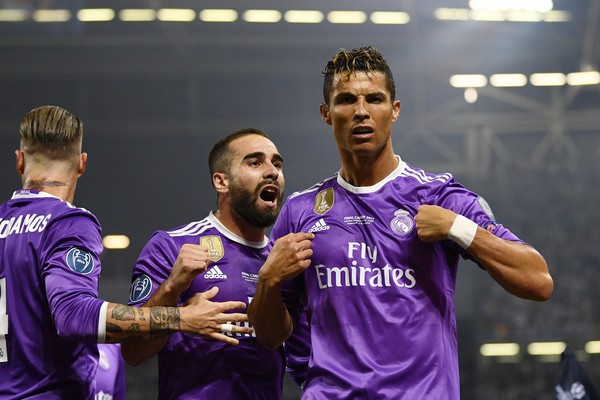 The world of football has been spiralling out of control in the last few years, with insane amounts being spent on players. Manchester United’s purchase of Paul Pogba last summer for £89 million set a new record. The way things are going now though, it won’t be long before that amount is surpassed. It could well happen more than once during the current transfer window itself.

According to Spanish source AS, an unnamed Chinese club are set to bid €200 million in an attempt to sign Cristiano Ronaldo from Real Madrid. The report says that senior officials from the club are set to meet with Madrid President Florentino Perez next week, and place their offer.

It is still not clear who the Chinese Super League club is, but they are reportedly ready to offer a salary of €120 million per year. This would make Ronaldo the highest-earning sportsperson in the world, by some margin. This comes a day after Forbes ranked him as the world’s highest-paid athlete.

The Chinese Super League clubs have been splashing a lot of money on players in European leagues. Their biggest purchase was Shanghai SIPG’s £60 million acquisition of Oscar from Chelsea earlier this year. Other than that, clubs have also spent big on the likes of Carlos Tevez, Hulk, Alex Teixeira and Jackson Martinez.

Everything pales though, in comparison to the offer set to be made for Ronaldo. The Portuguese superstar has been in absolutely unbelievable form of late for Madrid of late, playing a starring role the recently culminated season, which ended with Los Blancos winning both La Liga and the Champions League. He may be 32, but he is continuing to find ways to modify his game so he can keep up his incredible scoring rate.

After winning the fourth Champions League title of his career, and his third in four years with Real Madrid, Ronaldo is expected to win his 5th Ballon D’Or crown this year, taking him level with Lionel Messi.