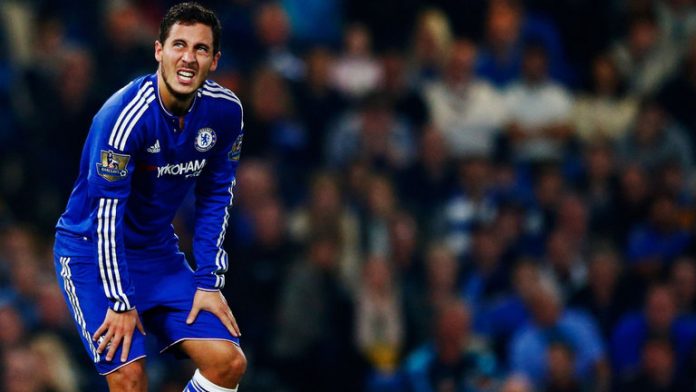 Chelsea manager Antonio Conte is ready to offload Eden Hazard to Juventus if it boosts his chances of a reunion with compatriot Leonardo Bonucci at Stamford Bridge, according to The Sun.

The Blues boss was vocal in his desire to add a new central defender to his ranks over the summer, with David Luiz returning to the Premier League club from Paris Saint-Germain on transfer deadline day. However, with Conte switching to a three-man defence recently, there is plenty of speculation in the press that another centre-half could be added to the West London club’s contingent either in January or next summer.

Bonucci is held in the highest regard as far as international defenders go, with talk in recent days that Chelsea have placed him at the top of their wishlist. The latest report suggests that Conte values the 29-year-old so highly that he would be willing to offer Hazard in exchange. The Belgian winger has shown glimpses this season that he is getting back to his best, but it remains to be seen just what role he will play if Chelsea persist with a three-man defence.

Conte has operated a 3-5-2 formation in both of his previous two jobs, and if he follows suit in the Premier League it could mean that Hazard is either used centrally or dropped to the bench. The 2014-15 Premier League Player of the Year has been fielded in the number ten role in the past under former Chelsea managers but prefers to play on the wing – a position that is defunct in Conte’s system.

However, the report also states that Juventus are concerned that Hazard would not fit into their style of play, which includes a narrow midfield. As such, Cesc Fabregas is believed to be viewed as a more suitable addition, with the Spanish deep-lying playmaker possessing the range of passing skills coveted by the Italian champions.

The former Arsenal and Barcelona star has struggled for form in the Premier League over the last 12 months and has only started one league game so far under Conte.