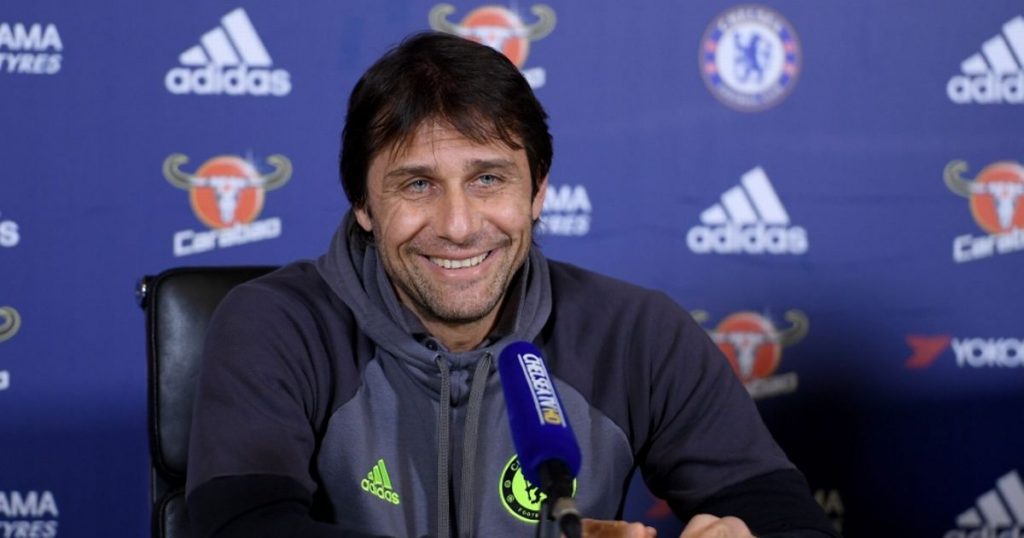 Antonio Conte was his jovial yet furtive self in the pre-match press conference ahead of Chelsea’s trip to Burnley on Sunday.

Conte was spotted in Juventus’ 1-0 win over Inter last weekend, a day after Chelsea beat Arsenal. Even though it was Blues loanee Juan Cuadrado who scored the winner with an absolute screamer, there were rumours that the manager was in Turin to scout striker Paulo Dybala. The former Juve boss was seen leaving the stadium with 7 minutes left on the clock, a minute before Dybala was substituted. Conte however, stated today that he was there only “as a fan”.

Conte says he went to a Juventus match at the beginning of the week as a fan and to relax. #CFC

With regards to team news for the Burnley game, Conte stated that he has a fully fit squad to choose from. He addressed David Luiz’s knee injury, admitting that the Brazilian has been playing through the pain in recent games. Luiz was at the receiving end of a horror tackle from Sergio Aguero at the start of December, and needed a strapping on his knee while facing Liverpool last month. He revealed after the latter of those games, as quoted here by the Evening Standard, that he is unable to train everyday.

Conte also said that two players who haven’t featured much recently – Willian and Cesc Fabregas, could be in line for opportunities in the near future. Both came off the bench last week against Arsenal, with Fabregas scoring Chelsea’s third goal following an error by Petr Cech. This was just the Spaniard’s second league goal of the season.

Conte says there are possibilities for Fabregas and Willian in the coming games as they are two great players in good form. #CFC

The Blues will look to make it 17 wins from 19 in the Premier League, and could well have a chance to extend their lead at the top. Second-placed Spurs travel to Liverpool on the late game on Saturday, before the leaders head to Turf Moor the following day.

Further details about the game, and an extended preview can be found here.