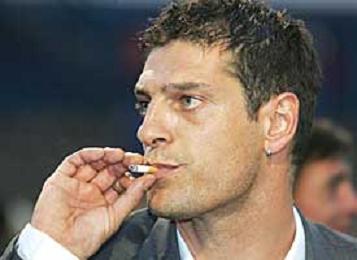 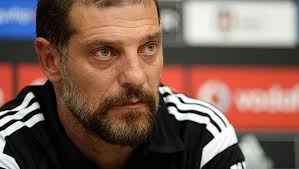 West Ham United have confirmed Slaven Bilic will be their new manager from this summer.

The 46-year-old was in charge of the Croatian national team between 2006 to 2012 and managed Turkish club Beşiktaş between 2013 and 2015. He was the player at West Ham and will return to the club, this time as a manager.

Bilic will replace Sam Allardyce as the latter left Upton Park by mutual consent after the end of the last season, where he guided them to a 12th place finish.

A statement on West Ham’s official website read, “West Ham United are delighted to announce the appointment of Slaven Bilic as the Club’s new manager.”

“The 46-year-old will become the 15th full-time manager in the Hammers’ 120-year history, returning to the Club he played for 54 times, on a three-year contract.”

“Bilic will arrive at the Boleyn Ground after successful spells in charge of the Croatia national team and Turkish side Besiktas, subject to a work permit being issued. He becomes the second Croatian to manage in the Barclays Premier League, and has an outstanding career win percentage of 55.16 per cent,” it added.

The Croatian has expressed his delight after agreeing terms to join the Premier League club on Tuesday.

“I’m really glad to be back with West Ham United. It’s in the Premier League, which is among the best in the world. It’s a big challenge and you are competing with the best and what better club to do it with than West Ham,” Bilic said.

“I remember West Ham as a special club. I love these kinds of special clubs. My last club, Besiktas, was that kind of club. It’s not about the size – West Ham is big Club – there is something special about them – they are a cult clubs.

“It is a great place to play and I felt like I was at home. It is a big privilege and a big responsibility to now be manager and I hope that I will prove it to the Board, players and fans.”

Harrd Redknapp had earlier backed Manchester United legend Rio Ferdinand for the managerial job at West Ham. However, the former England international was not considered as they appointed Bilic as their new manager.