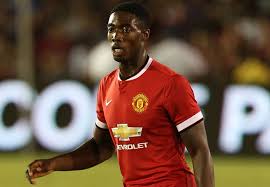 Manchester United have confirmed their defender Tyler Blackett has signed a new contract on Thursday.

The latest deal will keep the 20-year-old at Old Trafford till 2017 and has an option to further extend the deal by a year.

A statement on United’s official Twitter account read, ” Tyler Blackett has signed a new contract at #mufc until June 2017, with the option to extend for a further year.”

Tyler Blackett has signed a new contract at #mufc until June 2017, with the option to extend for a further year. pic.twitter.com/G5Q7bFKUD6

The centre-back made it to the first team United Louis van Gaal as the Dutchman was forced to use him and Paddy McNair in the starting lineup early in the season due to injuries to first team defenders.

Blackett and McNair impressed during their time on the pitch and the latter also agreed a new deal recently. He also committed his future at the club.

United are closing in on several deals in recent times and the major one should be that of securing David De Gea and Robin van Persie’s services beyond their current wdeal. The Spain international and the former Arsenal skipper will have one year left on their contract after the end of this season.

De Gea has been constantly linked with a move to Real Madrid, while injuries to Van Persie has seen his future being uncertain at Old Trafford.  Should Van Gaal manage to secure the services of these two players, it will be a massive boost for the club and their supporters.