James Rodriguez’s brace ensured Colombia saw off Uruguay 2-0 at the Maracana, with Jose Pekerman’s side setting up a mouth watering quarter final clash against Brazil.

The 22 year old Monaco star opened the scoring on the night with a sumptuous volley which is now being talked about as one of the contenders for goal of the tournament. 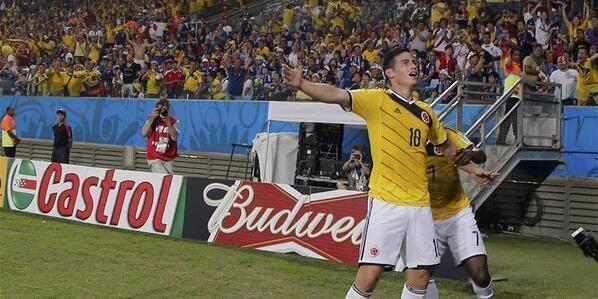 Uruguay offered very little going forward as Oscar tabarez’s side looked entirely pedestrian, devoid of any attacking creativity without the banned Luis Suarez. Diego Forlan started the game for the 2010 semi finalists but the former Manchester United striker failed to inspire his team up front. 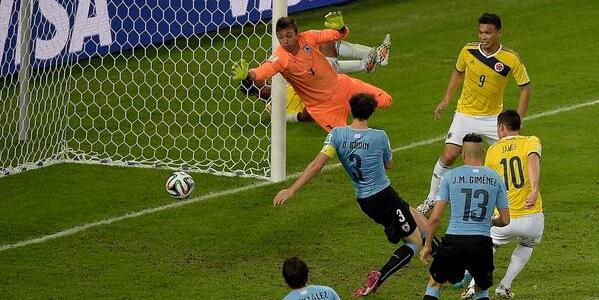 Rodriguez then scored his second of the night following Juan Cuadrado’s cutback header as the Colombians strolled to a 2-0 lead. It was the youngster’s fifth goal in four matches of the tournament, thus becoming the leading goalscorer of the 2014 World Cup.

Uruguay’s toothless display showed how much they missed Suarez as Tabarez’s side were outplayed in every department on the pitch.

Colombia would now take on hosts Brazil in Fortaleza next Friday for a place in the last four of the showpiece event.