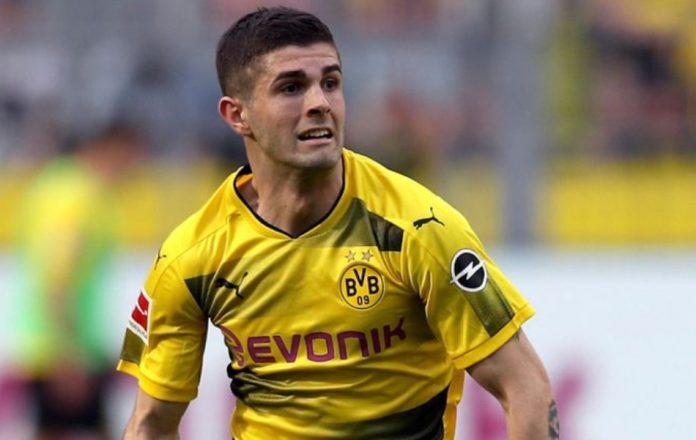 Borussia Dortmund starlet Christian Pulisic will join Chelsea in January, according to The Daily Mail.

The 20-year-old has been a revelation in the Bundesliga since his move in 2015. At the age of just 16, Pulisic joined the youth ranks at Dortmund, and soon found himself involved in the first-team.

Overall he has made 107 appearances, finding the net 15 times. His quick pace and dribbling skills has brought attention from many of Europe’s top clubs. Now it seems Chelsea have won the battle for his signature.

Pulisic earned his 22nd cap for The USA against England only last night. Despite a 3-0 defeat at Wembley, the youngster was one of a few players to shine for the visitors.

The rumoured fee shouldn’t be a problem for the West-London club, as Pulisic is rated at around £70m. However, with the window still six weeks away from opening, there will no doubt be further interest from other clubs across europe.

Signing Pulisic would be a great show of intent from Chelsea as they battle on four fronts to win a trophy in Maurizio Sarri’s first season. Pulisic can play either as a central attacking midfielder or as a winger. His ability would compliment what the club already have in that department.