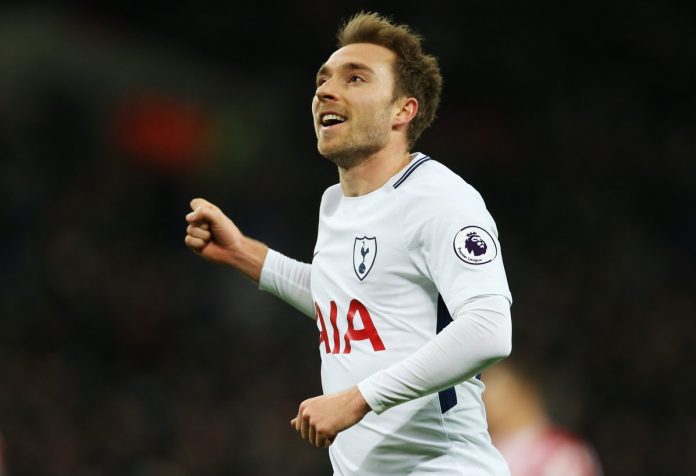 Tottenham midfielder Christian Eriksen has revealed that his side’s dip in form is not a result of fatigue.

Pochettino failed to sign a single player this season and there is no doubt that his side is lacking in depth. However, Eriksen says the players are fine in terms of exhaustion.

When asked whether they are tired and that is what is affecting their performances, Eriksen said to the Irish Mirror: “It’s nonsense. You get used to playing so much. After all, I’ve played many games for quite a few seasons in a row. Rather, it feels unnatural when you don’t play. The legs are doing well. We didn’t play at the weekend, and it’s been a long time since we haven’t had matches every third or fourth day. It is lovely and a little strange. I’m actually a little restless because I want to play.”

It will be interesting to see how Tottenham finish the season.

They were in the title race not so long ago and now they will have to fight for a top-four finish.

The fans will be very disappointed to the recent dip in form and Spurs must turn it around immediately if they want Champions League football next season.

Regardless of what Eriksen has said, Spurs could have done with more depth in their squad.

During injuries to key players like Kane and Alli, Pochettino has had to rely on his fringe players and that resulted in a massive drop off in quality.

If Spurs are to win trophies next season, they must strengthen the squad properly.