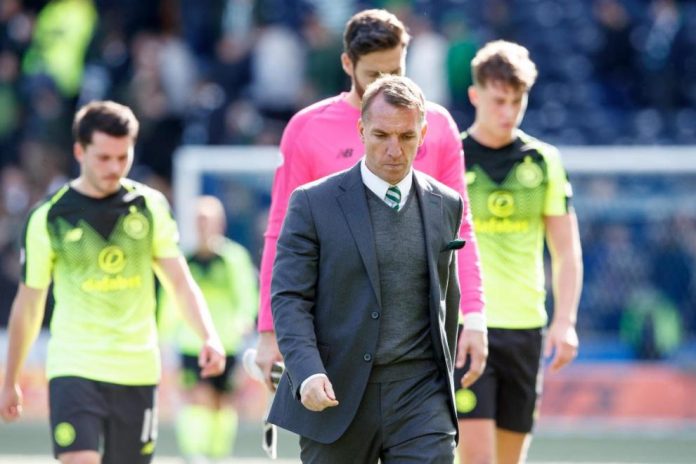 Celtic crashed to a 2-1 defeat in the Scottish Premiership against Kilmarnock yesterday.

The defending champions took the lead through Leigh Griffiths on the 34th minute and it seemed like Brendan Rodgers’ men would pick up the three points away from home.

However, two second half goals from Chris Burke and Stuart Findlay earned a priceless win for the hosts.

Burke scored a stunner halfway through the second half and Findlay headed in the winner in added time.

Celtic are now 6th in the league table after a poor start to the season.

The popular pundit tweeted that Celtic are very ordinary and the home side deserved their win.

The Celtic team are very very ordinary this season… Killie deserve it..

It will be interesting to see whether Rodgers can turn it around soon. Celtic are under a lot of pressure after the poor league start and their Champions League exit.

Meanwhile, Rangers seem to be improving with each game. They are second in the table right now.