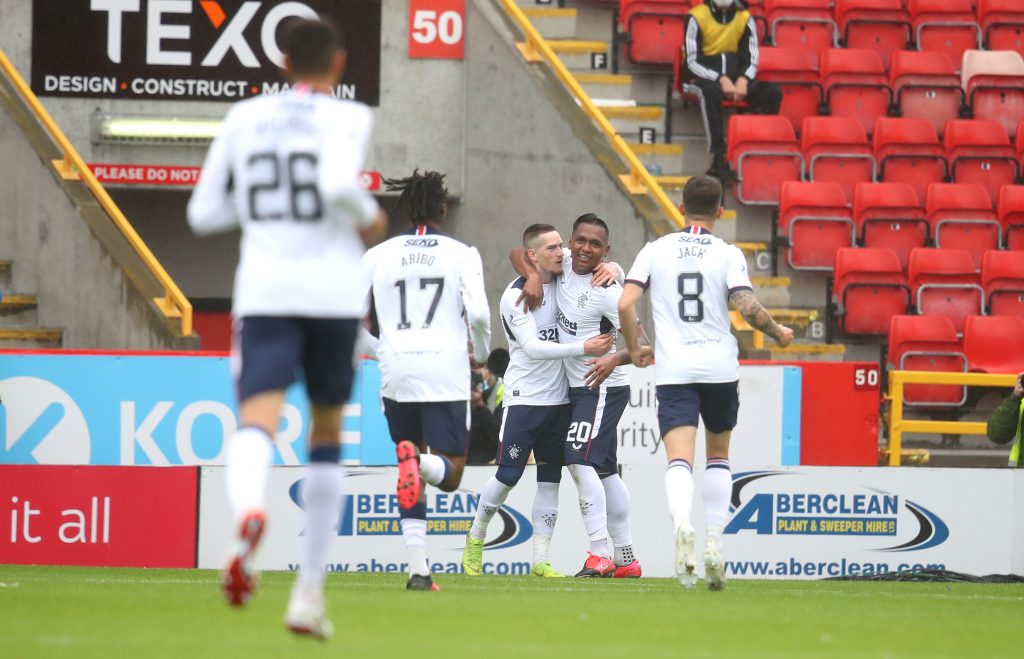 Rangers started the 2020/21 season with a win over Aberdeen in the Scottish Premiership yesterday.

Ryan Kent scored the only goal of the game as the Ibrox giants clinched all three points. It was a difficult away game to start with but Steven Gerrard can be reasonably pleased with his team’s performance.

Meanwhile, popular pundit and former Celtic star Chris Sutton has reacted to Rangers’ win on his Twitter account. The former Hoops player joked that the win over Aberdeen puts Rangers ahead of Celtic in the league title and therefore the title is already over.

That’s the league over already…

It will be interesting to see how Celtic perform against Hamilton later today. They will be going for their tenth title in a row this season and the expectations will be sky-high.

Leon Balogun made his debut for Rangers and he impressed with his no-nonsense defending. Joe Aribo put on a spectacular display to continue from where he left off last season.

The young midfielder was calm and composed in possession and he tested the Aberdeen keeper a few times as well.

Kent netted Rangers’ winner on the 21st minute and the home side struggled to break them down after that. Andrew Considine was sent off for the hosts four minutes from time.