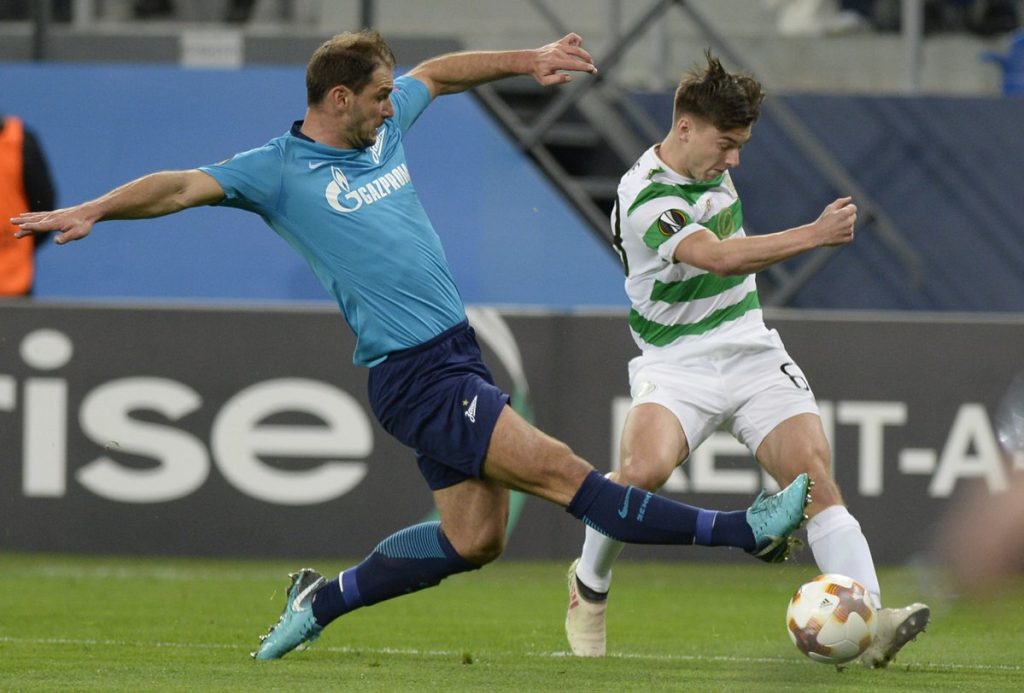 Celtic tumbled out of Europe after they suffered a shock 3-0 defeat against Russian outfit Zenit Saint Petersburg on Thursday night.

The Bhoys head into this match after winning 1-0 in the first leg at Parkhead. However, they were completely outplayed away from home, once again exposing their defensive vulnerability.

He said that “Celtic froze” under pressure, and criticised the players for lacking courage. He singled out De Vries for his poor performance.

.@btsportfootball Celtic froze in Saint Petersburg..out of Europe… 3-0 to Zenit.. Let’s get it right too many players lacked the courage tonight and the goalkeeper had a shocker again… De Vries doesn’t make saves⚽

Goals from Branislav Ivanovic and Daler Kuzyaev gave Zenit a 2-0 lead before the break. Aleksandr Kokorin added another in the 61st minute to end all hopes for Celtic.

The visitors created very little and failed to live upto the promise of their first-leg performance. Their defence was all over the place, while Dorus De Vries was equally culpable for failing to provide assurance at the back.

Celtic fans were furious with such a poor performance, with De Vries getting plenty of stick from the supporters.

De Vries is awful. Scott Bain worth a punt till Gordon returns?

“Not Doris’ Day” was the only thing worth mentioning?

De Vries should hold his head in shame and how brendan thinks he’s a brilliant goalkeeper I’ll never know what a total embarrassment feel for the Celtic fans that travelled there to watch that shocking should of spent money FACT.?

Nothing to do with courage, it’s a talent issue. Player for player not good enough to compete at this level. They’ve spent millions and still aren’t that good, we’ve spent nothing. So we have inferior players who make bad decisions

Couldn’t agree more. Said it weeks ago….De Vries doesn’t make saves. Any shot on target is a goal for the opposition.

Everyone blaming Doris, he was poor but so we’re the other 10 men on the park! Zenit were mediocre tonight and still managed to win by 3 goals, what does that say about our performance.

De vries was never good enough for us, bad for first 2 goals, Gordon would have saved both .