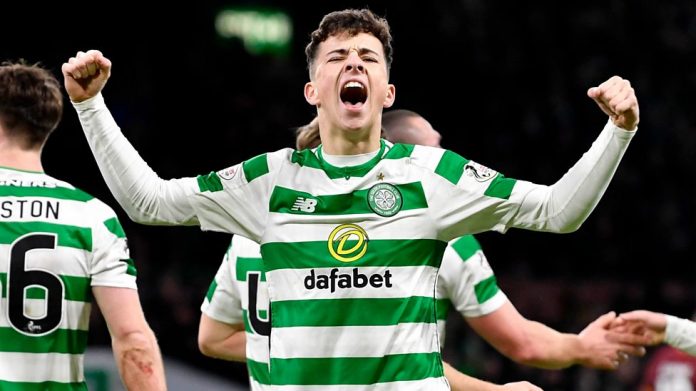 In his column with Daily Record, the Scottish pundit has claimed that Johnston looks like a major talent and the 20-year-old could develop into the real deal for Celtic in future.

However, he has warned Neil Lennon that Celtic must look to bring in a quality striker this summer.

Johnston has been used as a forward at times but Sutton believes that the youngster is best suited to a wide role.

He wrote: “Mikey Johnston has been superb in pre-season and this kid really looks as though he could develop into the real deal. But he’s not an out-and-out striker. Celtic won trophies without strikers at times last term but they surely won’t get away with it two years in a row.”

With Griffiths’ form uncertain, Celtic must look to bring in a quality attacker. Sutton believes that Celtic got away without a recognised striker last term but they will not be able to do the same two years in a row.

It will be interesting to see if the Scottish giants splash out on a quality striker this summer.

Since the sale of Dembele, Celtic have missed a quality presence upfront. Edouard is the only reliable attacker at the club right now. They need more depth to challenge on all fronts.