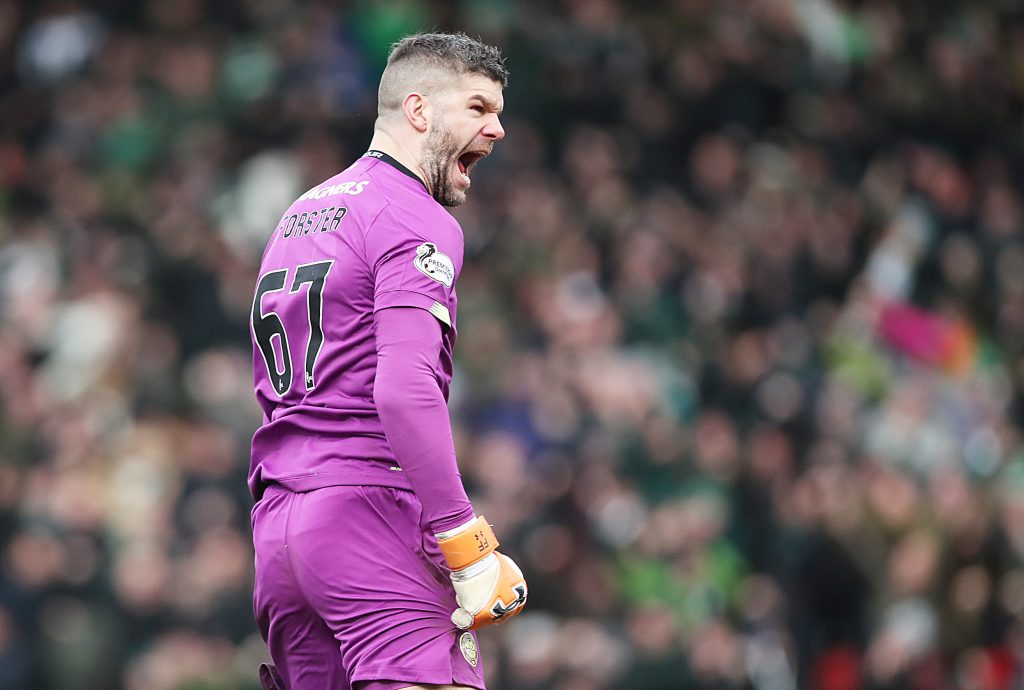 Former Celtic star Chris Sutton has claimed that it would be a devastating blow for Neil Lennon if Fraser Forster turned down the chance to join the Hoops this summer.

Forster was on loan at Celtic this past season and he was outstanding for the Hoops. Lennon wants to bring the player back to the club permanently but there hasn’t been any progress regarding the transfer so far.

It seems that the finances involved have complicated the deal.

Sutton thinks that Lennon helped save the goalkeeper’s career twice and it would hurt the Celtic boss if the player chose not to return this summer.

Lennon was the one who gave Forster a chance to showcase his talent when he was a young player at Newcastle. He also helped the 32-year-old keeper resurrect his career last season.

Forster had fallen down the pecking order at Southampton and he was short of suitors. Celtic gave him a chance and he managed to make the most of it.

Sutton said to Daily Record: “This is a manager who gave Forster his big chance by signing him in the first place from Newcastle when he was untested and he helped him become a star in Europe and get into the England squad. Last summer, when Forster was stuck out in the cold and no one wanted to take him from Southampton, it was Lennon who went out and resurrected his career.

“My gut feeling is that if Forster really, really wants to be at Celtic, he can still make it happen, even if it’s not looking likely right at this moment in time.”

It will be interesting to see how the saga unfolds in the coming months.

He was a key player for Celtic this past season and the Hoops need him. They will be going for their tenth title in a row next season and Lennon cannot afford to have any weaknesses in the squad.

If Forster doesn’t join, Celtic will have to find someone who is just as good, if not better.