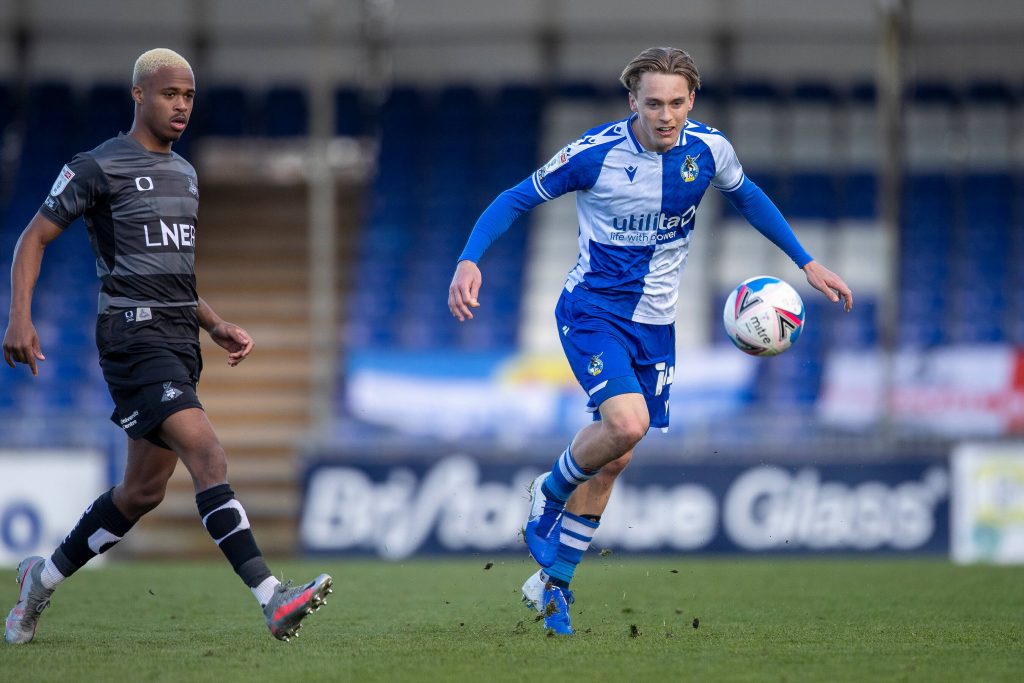 Chelsea have confirmed that midfielder Luke McCormick has completed a permanent transfer to AFC Wimbledon.

McCormick joined the Blues as a six-year-old and subsequently progressed through the ranks alongside Mason Mount and Trevor Chalobah.

He was part of the youth team side that won a clean sweep of three domestic trophies under Jody Morris in 2016/17.

He also starred on the European stage, making a significant impact for the club’s U19 team in the UEFA Youth League.

He has spent the last two seasons on loan deals with Shrewsbury Town and Bristol Rovers and will now be eager to cement a regular place with Wimbledon.

McCormick was a standout performer for Bristol Rovers last season but could not prevent them from sliding into League 2.

His willingness to put in crunching challenges highlighted his competitive nature, despite being surrounded by players who looked like they couldn’t be bothered.

Millwall have been linked with McCormick, but another year in League 1 is a sensible move.

McCormick may be frustrated to see his former youth teammates enjoy success higher up the scale, but he still has time to make his mark as a professional footballer.

Wimbledon will provide McCormick with the opportunity to get more games under his belt, and it would be no surprise to see him secure a move to the Championship next summer.