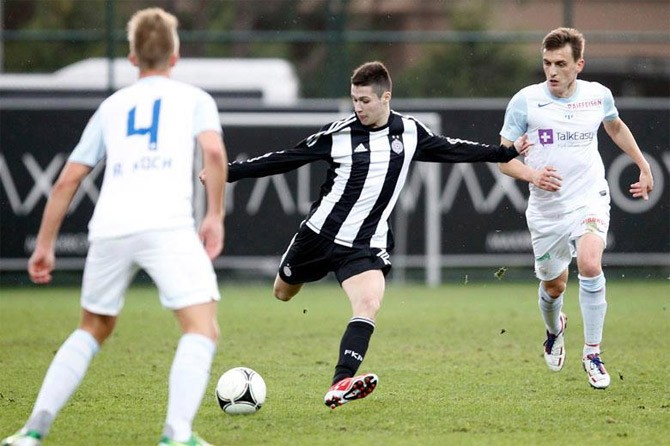 Back during the January window, reports came out that Chelsea had signed Partizan Belgrade midfielder Danilo Pantic, only the player to deny such agreement took place, a week later. The youngster appeared to have spoken of his excitement about joining Chelsea and subsequently joining Vitesse on loan.

“At 18 you can hardly have a chance with Chelsea. So I like the idea of playing with Vitesse very much,” he said back in January.

One week later, the 18-year-old clarified that he didn’t sign any deal with Chelsea. The Blues were merely interested in him and that no concrete deal was struck.

“It’s true I’ve been talk of the town lately but I know I didn’t sign anything with Chelsea. They showed interest but no concrete deal was struck. I`m still Partizan player with five more months of contract, focused on preps. Early part of winter training is extremely fierce and you need a clear head to go through it,” he said, quoted by Partizan official site.

Since then, there was a deaf silence. However, the rumours are back, and probably now we have a reason to believe that he has indeed joined Chelsea. Check the tweets from VitesseChelsea.

Danilo Pantic:’ I signed a contract with Chelsea in June. I’m happy with the loan at Vitesse. It’ll be a good experience for me.’

Danilo Pantic:’ I’ve played for Partizan Belgrade before. I’m a central or attacking midfielder and I have a good pass, technique and shot.’

Danilo Pantic:’ I knew Uros Djurdjevic and the Chelsea player Baker, Brown and Nathan. All the players were very nice to me today.’

Manager Bosz on Danilo Pantic:’ He’s very young and talented midfielder, but he hasn’t played for 6 months. He needs time to get 100% fit.’

Vitesse’s official site also confirms that Pantic has joined their team at the training camp. He was also involved in a friendly match with Sparta Prague.

“With the arrival of Baker and Yeini we already have two good midfielders on the selection managed to add. Here now comes the young Serbian talent at Pantic. That all acquisitions can train with this week is important for the group process and to give them as soon as possible to make our own way of playing football,” Mo Allach has confirmed.

Italian media TMW claims that the although the deal hasn’t been made official, but the player is already training with Vitesse. The Serbian midfielder has a contract at Chelsea till 2019. Along with Lewis Baker, the young Chelsea loanee will get a good exposure and chance to make a strong impression.