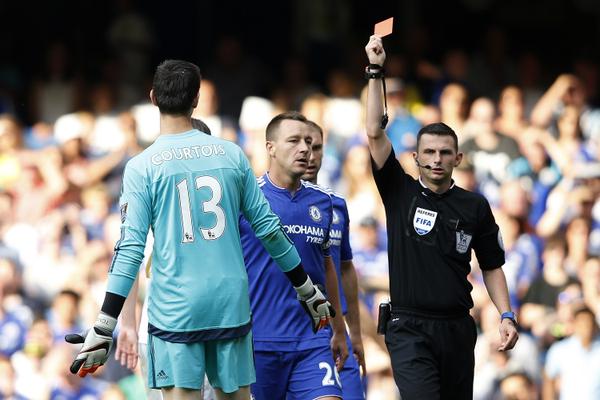 Hello and Welcome to Soccelens’s Live Commentary (text) of the Barclays Premier League fixture between Chelsea and Swansea.

Chelsea took 90 seconds to regain the lead, when Willian’s shot was deflected off Fernandez and looping into far post leaving Fabianski no chance of saving that.

Then came the most controversial phase of the match. Gomis, who missed two early sitters in the first half, was fouled by Courtois (seemed from TV replays it was outside the box), resulting in him being sent off and Swansea given a penalty. Gomis scored from the spot to level the score 2-2.