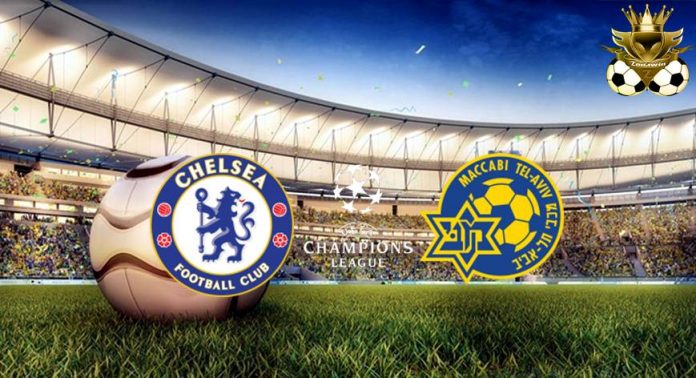 We give you live updates from Stamford Bridge, as Chelsea look to get their season back on track with a win in their Group G opener in the Champions League against Israeli champions Maccabi Tel-Aviv.

Willian is brought down by the Maccabi Tel-Aviv goalkeeper. Eden Hazard, so dependable from the penalty spot, has the perfect opportunity to give Chelsea the perfect start. He steps up and MISSES! An awful penalty by the Belgian, who skies it well over.

That penalty was so typical of Chelsea’s miserable start to the season. But the Blues have looked extremely lively in the first 13 minutes. The back 4 looks much more solid without Branislav Ivanovic in it.

The Brazilian bends in a free-kick into a delightful area which evades everyone including the goalkeeper to find the back of the net. Stamford Bridge heaves a collective sigh of relief.

Willian, arguably Chelsea’s best player until now, and the difference between the two sides at the moment, goes down with a hamstring injury. Bertrand Traore is warming up.

Remy will shift to the right, with Costa playing up front. The Spaniard is yet to score in Europe for Chelsea, and will look to change that stat tonight.

Eight minutes to go to half-time, and despite dominating possession, Chelsea have been unable to create too many clear-cut openings. There have been several misplaced passes and over-hit crosses. Maccabi haven’t offered much either, and that is just as well as far as the Blues are concerned.

Tal Ben Haim concedes spot kick on his return to the Bridge, bringing down Costa. This time it is Oscar who steps up, and the Brazilian makes no mistake, sending Rajkovic the wrong with virtually the last kick of the first-half. Chelsea 2-0 Maccabi Tel-Aviv

The Spaniard finally breaks his European duck, and that goal will bring him a lot of confidence. There is a hint of good fortune about it, as his attempted shot from a Fabregas cross comes off his knee and flies into the top corner. That should be game, set and match for the home side.

Oscar looked extremely lively on his return, and looks an almost certain starter against Arsenal on Saturday. He is replaced by his compatriot Ramires with 25 minutes to go.

Chelsea have 4 on 2 on the counter attack, and after Remy’s shot is well saved by Rajkovic, Fabregas follows in and taps into an empty net. The Spaniard is another player who has come under a lot of criticism this season, and that goal should do him a lot of good.

The Blues get their first win of the season with a stroll in the park against the Israeli champions. They weren’t convincing in their football, but didn’t really need to be. They go into their weekend’s clash against Arsenal with something positive to look back on, but a lot will still have to improve if they are to turn their season around.

With Arsenal losing in Zagreb, Chelsea are the only English team to emerge from Matchday 1 as victors. Goodnight!