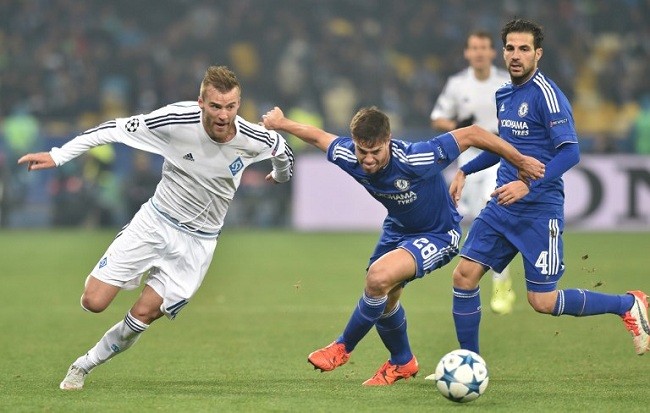 Jose Mourinho has never been under so much pressure in his managerial career. Two back to back defeats against Stoke City and Liverpool have pushed him to the breaking point.

After winning the Premier League title and the league cup last season, nobody would have expected Chelsea to come crashing down the way they have. The Premier League champions are 15th in the league table and are third in their Champions League group.

The Blues desperately need a win against Kyiv in order to keep their qualification hopes alive. After their defeat against Porto and a draw against Kyiv in the reverse fixture, Chelsea find themselves third in their group with 4 points from 3 games.

Meanwhile, Dynamo Kyiv are in outstanding form at the moment and have lost just one competitive game this season against Shakhtar. The Ukrainian outfit are more than capable of beating Chelsea at Stamford Bridge and showed their quality against the Blues last month.

Although Jose Mourinho’s job seems safe for now, failure to qualify for the knockout stages could be the final nail in his coffin.

Chelsea will be without the likes of Ivanovic and Courtois for Wednesday’s game against Kyiv. Jose Mourinho will also be looking to bring back his preferred midfield duo of Cesc Fabregas and Nemanja Matic after dropping them last week.

Elsewhere, Kyiv will have most of their players fit and ready for the Chelsea clash. The Ukrainians will be without their striker Lukasz Teodorczyk, who has missed 23 games this season.

Chelsea’s only previous loss against an Ukrainian side was against Shakhtar Donetsk in the 2012/13 Champions League group stages. They lost 2-1 away from home before securing a 3-2 win at Stamford Bridge.