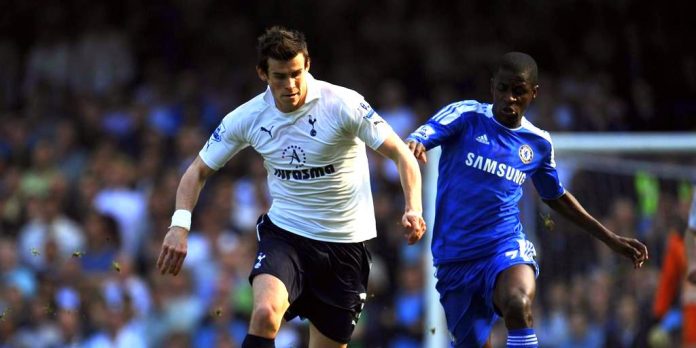 Chelsea have confirmed on their official website that the vital Chelsea v Tottenham clash at the Stamford Bridge has been rescheduled for Wednesday, 8th May, 2013 – kick-off will be at 19:45 PM (local time).

The game was originally scheduled to be played on Sunday, 14th April, 2013 but due to Chelsea’s participation in the FA Cup, it had to be rescheduled. On Sunday, Chelsea lost the FA Cup semifinal 2-1 to Manchester City.

The game against Spurs hold importance because a loss that day could be the difference between Champions League and the Europa League. As things stand now, Chelsea and Spurs are level on point but Chelsea are ahead on goal difference and are placed fourth – the Blues also have a game in hand.

Between now and 8th May, Spurs play Manchester City, Wigan and Southampton while Chelsea will play four matches in the same duration. Chelsea’s opponents will be Fulham, Liverpool, Swansea and Manchester United on May 5th. Spurs are not going to get a better opportunity than this to grab a Champions League spot for themselves and topple Chelsea out of Europe.

Spurs’ only real challenge will come from City who are on a high after beating both Manchester United and Chelsea recently. It is advantage-Spurs as Chelsea will face much tougher opposition in the next few weeks, which can define Chelsea’s season.

First up is Fulham this Wednesday, who are coming off a 1-1 draw against relegation-threatened Aston Villa. Their next opponent will be an unpredictable Liverpool team. At home, the Reds can be a tricky customer; Steven Gerrard’s experience and Luis Suarez’s skills can see them trouble Chelsea.

Michael Laudrup’s Swansea City visits Stamford Bridge in their next encounter and if Rafael Benitez’ men are not cautious, the Swans can very well play a little tiki-taka football of their own. Finally, just three days before the London derby against Spurs, Chelsea will face the runaway Premier League leaders at Old Trafford. A trip to Alex Ferguson’s lair could leave the strongest teams bruised and battered.

Andre Villas-Boas will not get a better chance to prove his mettle to his former boss Roman Abramovich by taking Chelsea’s Champions League spot so close before the end of the season. Rafa Benitez will be hoping the Fernando Torres can replicate his Liverpool-form in the coming weeks.