Chelsea beat Everton 1-0 at Stamford Bridge today, with John Terry’s goal right at the death keeping the Blues just ahead of Arsenal and Manchester City in the race for the title. 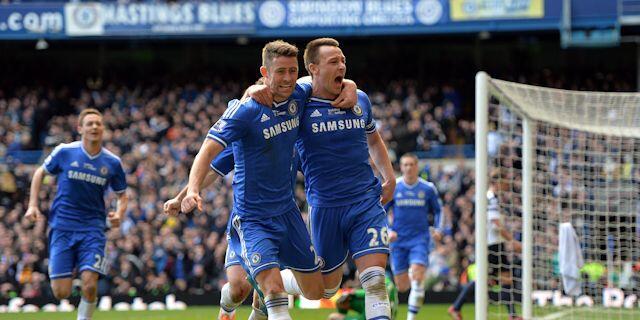 Terry’s timing was impeccable, with the Blues looking destined for yet another 0-0 draw in the league, and his dramatic winner has been hailed on Twitter.

Frank Lampard’s sumptuous ball in has also been the subject praise, with the Chelsea pair linking up yet again to great effect; once again the winning formula for Jose Mourinho’s men.

Proper finish from Terry. Wanted it more than anyone else in the box. Superb Captain’s effort. — Stan Collymore (@StanCollymore) February 22, 2014

LAMPARD’S FREE-KICK, TERRY SCORES! IT JUST HAD TO BE THEM COMBINING!

John Terry. That is one of those “title goals”.

What do you think? Will the win be crucial come the end of the season? Who will win the title? Let me know in the comments below…