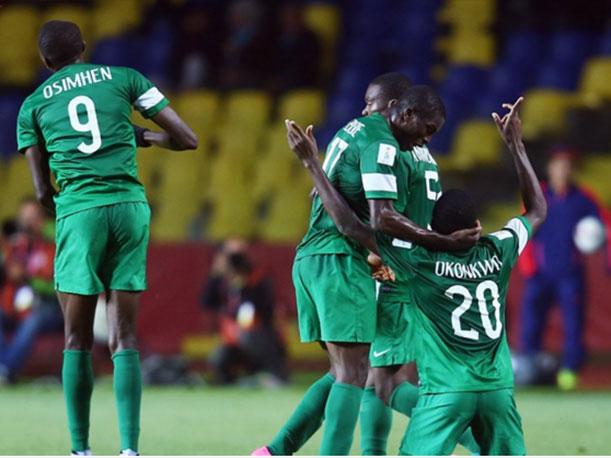 Chelsea are close to signing the U17 Nigerian forward Orji Okonkwo.

Okonkwo scored a wonder goal during Nigeria’s 4-2 win over Mexico last week and the Nigerian forward has attracted a lot of interest from Premier League sides.

The likes of West Ham are also interested in the player and could enter a bidding war.

According to reports from a Nigerian outlet, Chelsea have sent their representatives to Nigeria in order to finalise a deal for the 17 year old highly rated forward.

The Chelsea delegation will meet with the player and his mother on Wednesday and offer to secure his services.

Furthermore, the Blues will also have to get the blessings of St Thomas Football club who own the player’s sporting rights for now.

Okonkwo is a highly rated in Nigeria and will jump at the chance of joining a prestigious club like Chelsea. However, just like several other young players his age, Okonkwo will need a massive slice of luck to break into the Chelsea first team.

The London club aren’t exactly famous for their faith in youngsters and several talented young footballers have had to leave Stamford Bridge in order to kick-start their careers. Okonkwo could well be another name added to that list.