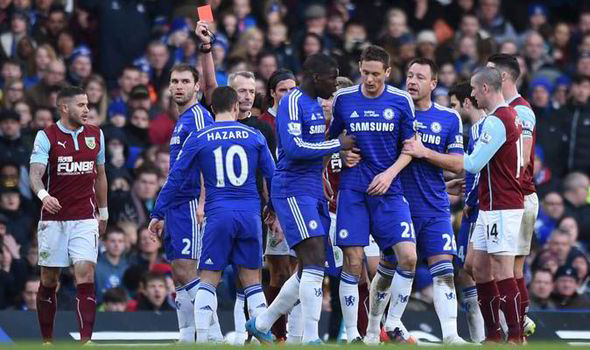 Chelsea midfielder, Nemanja Matic has been warned by the club regarding potential interviews.

The Serbian has been told to not reveal the issues within the club. The Premier League champions are already under a lot of pressure after their poor start and all the controversy surrounding Jose Mourinho.

On his international duty, Matic was question by the Serbian press regarding his issues with Jose Mourinho and why he was dropped in their last game.

Since joining the Blues from Benfica, Matic has been a key player for Mourinho. However, a dip in form has seen him drop out of the first eleven.

Matic claimed that he is not allowed to speak about these issues and that whatever happened between him and Mourinho is over now and he is looking to move on.

“The rules are such, understand me.”

It seems Chelsea are keen to avoid further media attention towards the club and are solely focused on getting their season back on track.

Chelsea have a great working relationship with Vitesse, their feeder club and are hoping to conclude a deal for the 15 year old striker, despite competition from other sides.