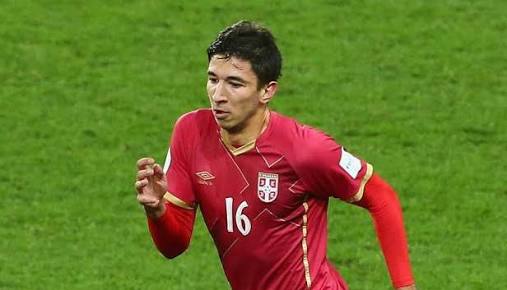 Chelsea have upped the ante in their bid to sign midfielder Marko Grujic after Manchester United’s recent interests in the player. According to the Telegraph, the Blues want to seal the deal in January and send the 19 year-old back on loan to Red Star Belgrade, where he currently plays.

Despite being at such a tender age still, Grujic is very highly rated and is hailed as the ‘new Matic’ in his home country. He has represented his nation at the U16, U17, U19, U20 and U21 levels and is not too far away from making the senior side either. He starred in Serbia’s win in the U-20 World Cup last year. 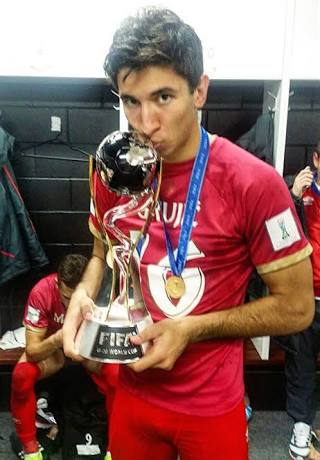 He recently signed a new three-year with Red Star Belgrade but according to the report, Chelsea are confident of prising him away from Serbia to England for £3 million.

Grujic will look to follow in the footsteps of his counterpart Matic. The latter joined Chelsea aged 21 but failed to have a major impact at Stamford Bridge, ultimately being sold to Benfica. His outstanding performances with the Portuguese outfit though, impressed Jose Mourinho and he was brought back in to the Blues’ squad. He was one of Chelsea’s most important players last season, helping them win the League Cup and the Premier League titles.

The Blues are slightly threadbare in midfield this year, with Matic’s form dropping and Cesc Fabregas looking tired as well. Mourinho has clearly identified the areas that need improvement going forwards, and is already seemingly ready with the list of players he wants.

The defending champions take on high-flying West Ham United on Saturday at Upton Park. The Hammers are in 4th position in the league and have already beaten the likes of Arsenal, Manchester City and Liverpool. There is a sense that Chelsea are there for the taking, as Mourinho’s men have lost all their form from last season and are down in 12th place. The stage is therefore set for a pulsating London derby.