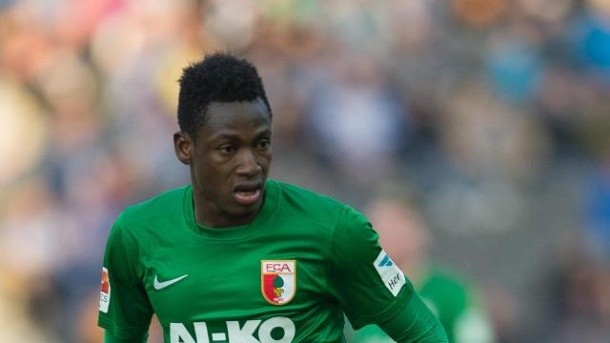 Chelsea are looking to bring in a full-back, and that need has become more urgent after yesterday’s 2-2 draw in their Premier League opener against Swansea City at Stamford Bridge. Abdul Baba Rahman, the left-back from Augsburg is high on the club’s list of targets, and has already agreed personal terms for a move to Stamford Bridge this summer.

But according to this report from The Guardian, the Bundesliga side have rejected a €25 million bid by Chelsea for the 21 year-old, and are adamant not to sell for anything below €30 million. The Blues sold Filipe Luis back to Atletico Madrid after just one season, and only have Cesar Azpilicueta in that position now. Baba Rahman is one of the most talented youngsters in Europe, catching the eye with some stellar performances last season.

The Ghanaian certainly looks clear on his decision to move to the Premier League champions, but it now remains to be seen whether Chelsea move forward and meet his valuation. He only moved to Augsburg last summer, signing from Greuther Furth, a team in Germany’s second division. In just one year, he has impressed enough to attract interest from the best teams in the world.

Chelsea have an ageing defence, with John Terry and Branislav Ivanovic being on the wrong side of 30. Their first game of the season exposed the sluggishness at the back, with Bafetimbi Gomis able to get in behind time and time again. Jose Mourinho knows he has a problem, and he will want to move quickly to solve it before it becomes a crisis.

Azpilicueta’s place in the side is more or less certain, so Baba Rahman won’t be guaranteed playing time, at least this season. But in the long-term, he could become a regular in West London, following in the footsteps of his compatriot Michael Essien, who was a star for Chelsea during his 9 seasons with the club.