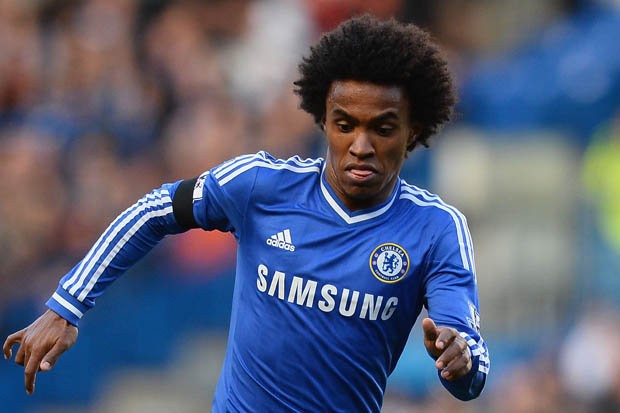 Chelsea winger Willian has been linked with a move away from Stamford Bridge this summer.

The Brazilian midfielder has had a very good season personally and has attracted interest from China. Chinese club Guangzhou Evergrande are ready to pay up to 50 million pounds for the Chelsea star.

Willian was expected to renew his current contract at Chelsea and according to Mirror, he has a 120k-a-week offer on the table. However, the Brazilian has not signed the extension yet and the Chinese outfit are prepared to offer him around 240k-a-week.

Recently, Chelsea dealt with a Chinese club for another one of their Brazilian midfielders, Ramires.

Current Guangzhou manager Luiz Felipe Scolari is keen on signing Willian this summer and the former Chelsea manager is preparing a mega-money deal.

It remains to be seen whether Willian will decide to leave Chelsea this summer, but if he does, it would be a major blow for the London giants. Chelsea have been quite reliant on him this season.

Furthermore, Guus Hiddink has urged the club to keep hold of Willian as he can be a key player for the club.

He said: “I have known Willian for many years before the Chelsea time.”

“As a person, he is very nice and down to earth. On top of that, he is doing a very good job.”

“This year, a difficult year, he is working hard with his natural ability and sacrificing himself.”

“When they defend and sacrifice themselves, he has the attitude to do so. He can be a key player at this club.”