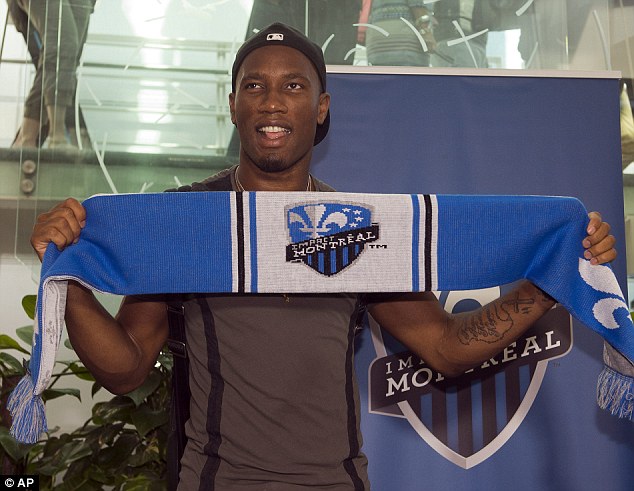 Drogba was pleasantly surprised at the reception he received when he touched down at the Pierre Elliott Trudeau International Airport.

The Chelsea legend has been one of the best strikers in the Premier League and won the league and the Champions League with the Blues. Further, Drogba enjoyed a successful career in France and Turkey as well.

The 37 year old will now start a new chapter of his life in the MLS. Other starts joining the MLS this season are Frank Lampard, Steven Gerrard, Andrea Pirlo and Giovanni Dos Santos.

Slowly but steadily, MLS continue to progress as a brand and continue to attract the big names.

Drogba was a free agent this summer and has been replaced by Radamel Falcao at Chelsea.

The Ivorian will now look to end his career on a high and make his mark in the MLS, just like he did in England.

The Chelsea star was mobbed by the fans as he arrived to complete the formalities with his new club.

Montreal were delighted to welcome their new man.

‘This is one of the biggest days in club history and his arrival to the club will be beneficial in every aspect.

‘He’s had an impact on millions of people since the start of his career and he will continue to do so wearing the Impact colours.’

Technical Director Adam Braz added: ‘We are very excited and thrilled to add to our roster a player with an exceptional career.