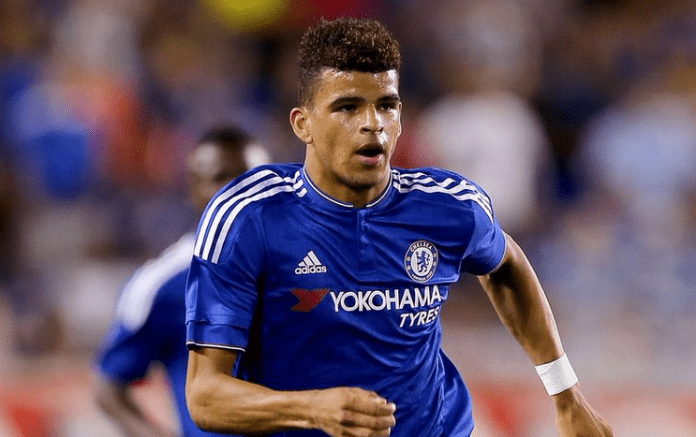 One of Chelsea’s most talented youngsters Dominic Solanke is set to join Vitesse Arnheim on loan, after training with the Eredivisie outfit today. The 17 year-old joins a long list of potential first-teamers the Blues have sent out on loan this season, with the likes of Andreas Christensen, Izzy Brown, Marco van Ginkel, Christian Atsu, Lewis Baker and Tomas Kalas among others leaving Stamford Bridge to gain more experience.

Solanke was photographed in the traditional black and yellow colours of the Dutch club. 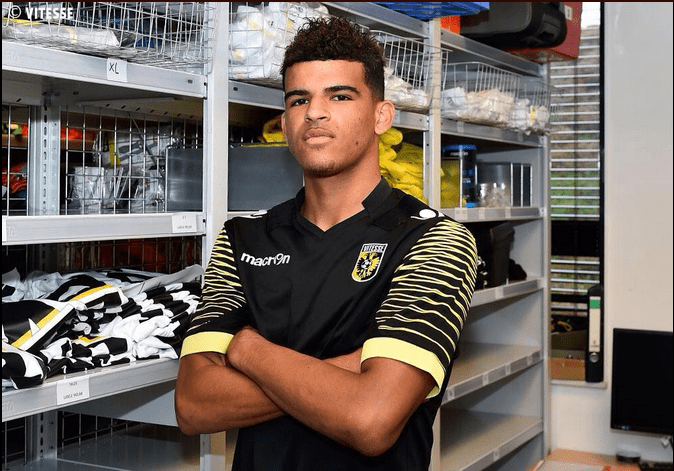 This will be Solanke’s first loan move, and even at this tender age, he is being touted as a future star at Chelsea. It is hardly surprising, seeing that he scored an incredible 41 goals in all competitions with the Youth Team last season, helping them win the FA Youth Cup and the UEFA Youth League in the process.

But with Diego Costa, Loic Remy and Radamel Falcao fighting it out for places in the first-team in a system that features only one out-and-out striker, it could be detrimental for Solanke to warm the bench. Instead, he can prove his worth in Holland to return ready for first-team action at the Premier League champions.