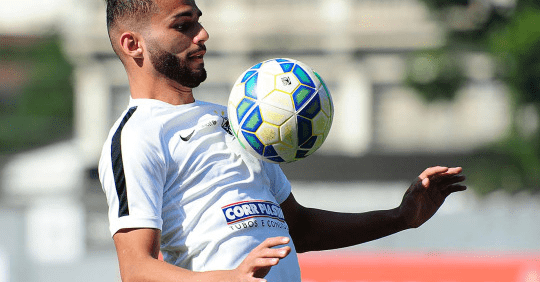 Thiago Maia Alencar is seen as a promising youngster coming out from Brazil. The young midfielder has been anchoring the midfield for Santos for two seasons now and he will start for Brazil in the Rio Olympics, starting in a few days time.

The 19-year-old is an exceptional young talent and according to latest reports Premier League giants Chelsea are seemingly interested in signing the Brazilian wonderkid.

Maia has a contract with Santos till 2019 but Iranian businessman Kia Joorabchian is sniffing around and trying to secure a R$66m deal (£15m) for the youngster.

According to Yahoo Sport’s Jorge Nicola, who is very well connected in Brazil, Joorabchian will meet with Maia to know if he’s interested in playing for Chelsea; if so, the Iranian will take Chelsea’s R$66m offer to Santos.

Chelsea will hold a meeting with the 19-year-old’s representatives and family in the coming days to try to work out a deal. But in order to do so, they first need to agree to terms with Santos, and from what we have learnt this transfer window, it won’t be easy to out-haggle them on the negotiation table.

The Blues were reportedly interested in signing Gabigol this summer but the deal never materialised and the player now could be heading to either Serie A or La Liga. Antonio Conte could be looking to bolster his midfield and the player would be a welcome addition if Nemanja Matic or Oscar were to leave this summer.