It is incredible to many Chelsea fans how Fernando Torres has remained at the club for so long, despite never being able to scale the heights from his Liverpool days. There have been several talks and rumours of a move away from Stamford Bridge, but nothing has ever materialised.

Reports today, from British website The Times, have claimed that Torres may be on the way to Roma on a season-long loan, with 23 year-old striker Mattia Destro signing for Chelsea from the Seria A side. Destro has also been linked to Spurs, as reported here by Football-Italia, but with Torres being made part of the deal, Roma may be tempted to sell him to the Blues.

Destro has a price-tag of £20 million, but the inclusion of Torres will reduce this amount. Chelsea may also need to pay part of Torres’ astronomical wages of £180,000 per week during the season. 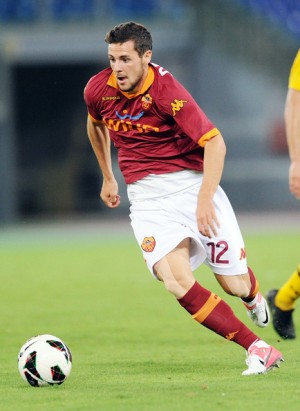 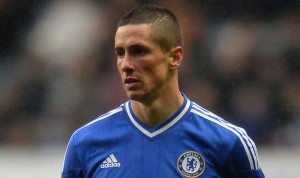 Torres arrived at Chelsea in January 2011 for a British transfer record fee of £50 million from Liverpool, after three-and-a-half incredible seasons at Anfield. His record in a Chelsea shirt though, has not even been half as good.

Chelsea signed Diego Costa and Didier Drogba this summer after letting go of Samuel Eto’o and Demba Ba. It is widely believed though, that they need one more top-class forward to win the Premier League title. Destro, who has 19 goals in 41 league appearances for Roma, is one with a promising future, and may just be Jose Mourinho’s go-to man.