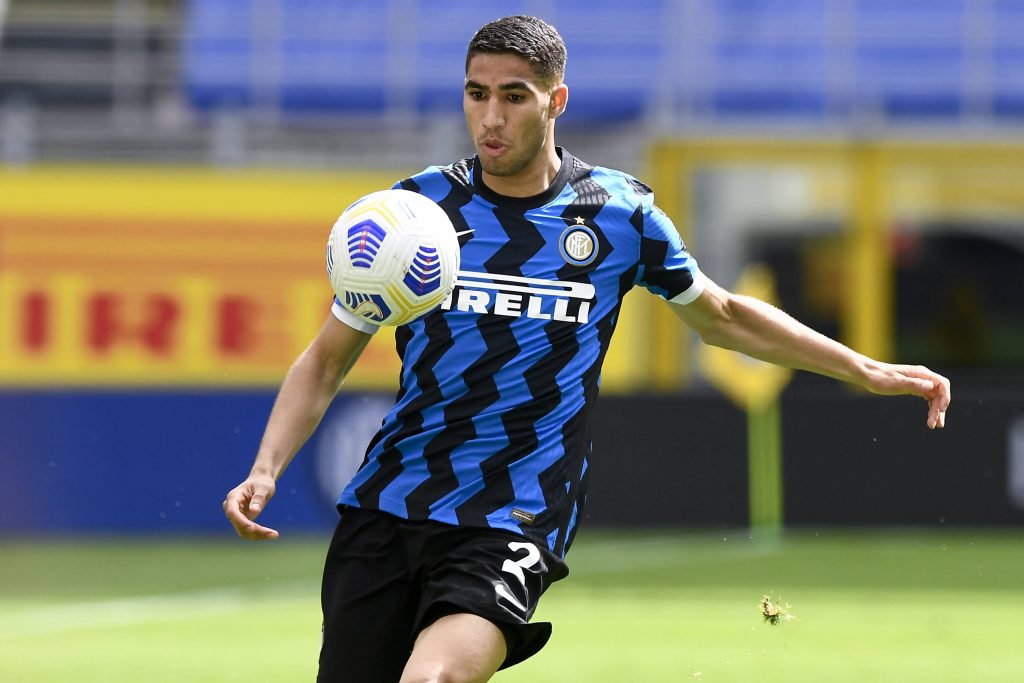 According to Gianluca di Marzio, Paris Saint-Germain and Chelsea have both submitted offers for the 22-year-old.

The bid from Chelsea is thought to be in a region of around €60 million, and Inter may sanction his sale to ease their financial worries.

The Champions League winners are ready to sweeten the deal by offering players like Emerson Palmieri and Andreas Christensen.

The Inter Milan defender is one of the best right-backs in the world right now, but his arrival could be a blow for Reece James.

The England international has done well for Chelsea this past season, and he will be hoping to play regular first-team football with them.

However, Hakimi’s signing could push him down the pecking order as the Moroccan is highly likely to be the starter if he joins.

The Inter star is better than James going forward, a point highlighted by the seven goals and 11 assists he bagged this past season.

The Blues will be keen to fend off the competition from the French giants as they strive to build a squad capable of challenging for the Premier League title next term.