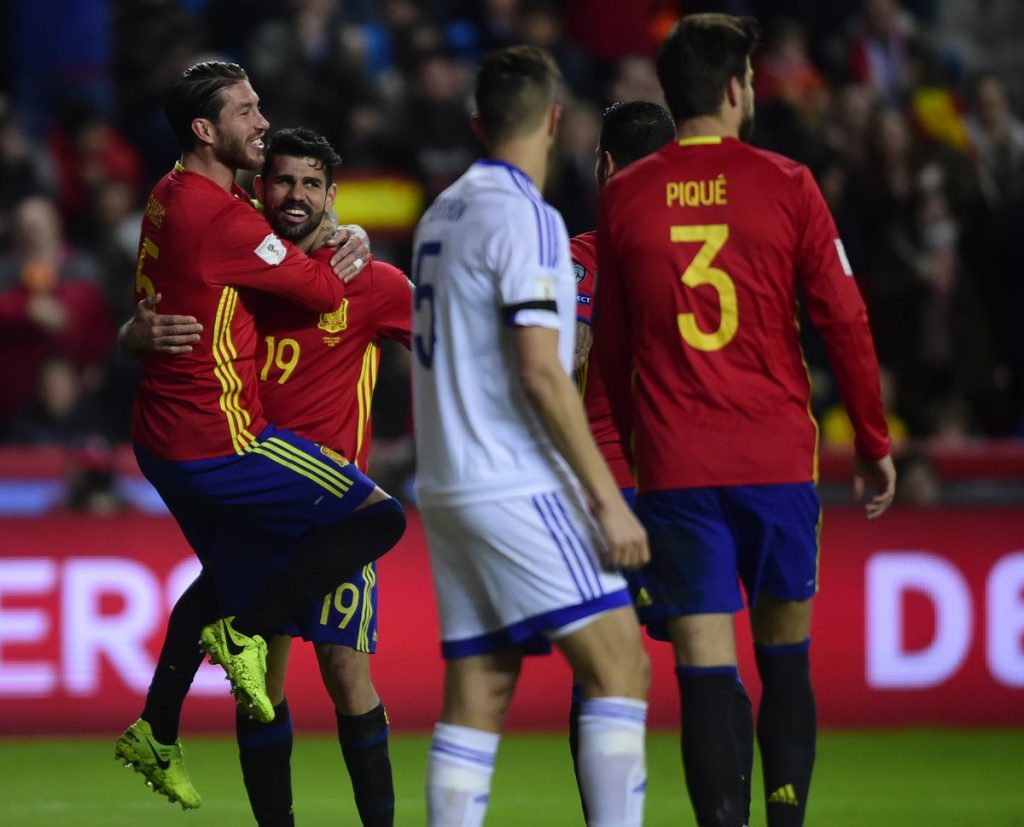 Chelsea striker, Diego Costa, has suffered an ankle injury whilst on international duty.

He was forced out of Spain training and underwent an X-ray for the ankle injury.

The report doesn’t confirm the severity of the injury, but Spain boss, Julen Lopetegui, will be hoping that the 28-year-old can shake off the injury to face La Roja’s friendly match against France on Tuesday.

He is in contention for selection. However, the striker will be kept on observation for the next few days.

Costa has been in great form for Chelsea this season, having scored 18 goals for the Blues in all competitions. He has carried on the good form for his country, and has scored in the 4-1 victory over Israel.

Chelsea, the Premier League leaders, have been informed of the player’s condition. Antonio Conte will be hoping that the striker returns to Cobham next week in good health.

The Blues will be desperate to end the season on a high. They face Crystal Palace next Saturday in the Premier League.

Meanwhile, Costa’s future at Chelsea has been getting undue attention during the international break.

The Spaniard, who has been linked with a move to the Chinese Super League and to Atletico Madrid, has said that he won’t rule out a switch to Ligue 1. However, he did reveal that he is happy at Chelsea.