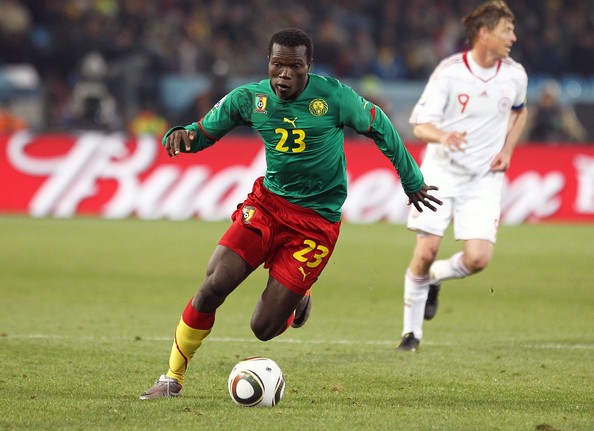 The summer transfer window is shaping up nicely for Chelsea. The Blues have already agreed a deal to sign Diego Costa, who has also complete his medical. So, it is just a case of formality now.

Strike force is one department where Jose Mourinho is keen to add new faces in the summer. While the Londoners may well keep Fernando Torres, the future of both Ba and Lukaku seems to lie away from the Bridge.

According to reports from French newspaper L’Equipe, Chelsea have shown interest in Lorient striker Vincent Aboubakar. The 22-year-old has a contract till 2016, and enjoyed his best season last term, bagging 16 goals for Lorient.

The striker is not a finished product yet but has great potential to be up there among top strikers, if he’s properly nurtured. He has a strong physical presence that allows him to create space to engineer smart passes/moves (bagged six assists last term) for team-mates.

Coupled with that, he makes the best use of his physical presence with brilliant technical abilities. Naturally comfortable on both feet, he has good dribbling skills and positional awareness as well. And he would cost around €5m.

The Cameroon striker is currently focussing on World Cup duties and will make a decision on his future after that.