India
Home News chelsea running out of patience with torres 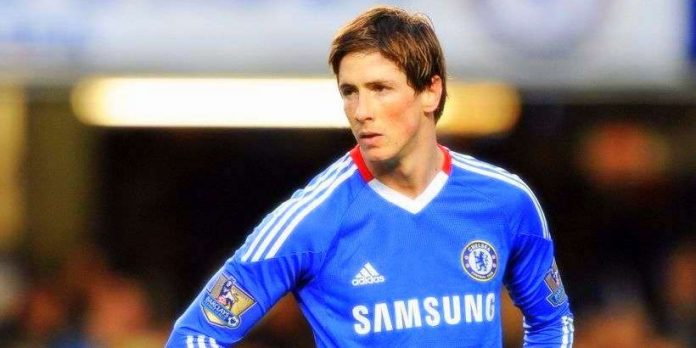 Fernando Torres has scored just one goal in his last 10 matches (in all competition) and to make matter worse he has had just one shot on target in his last two matches. Things are getting worse by the day for the Spaniard.

Chelsea owner Roman Abramovich is certainly trying his best to ensure that Torres succeeds at Stamford Bridge. Torres complained that the midfield is too slow and Abramovich brought in the likes of Mata, Hazard and Marin; but still the Spaniard struggled.

Roberto Di Matteo dropped Torres to the bench in the match against Juventus despite having no other striker in the squad and that incidentally turned out to be Di Matteo’s last game in charge at Chelsea.

This is not to suggest that Di Matteo was sacked because he dropped Torres, but the fact that he was replaced with Rafa Benitez, someone who has been out of job for two years after being sacked at Inter, suggests how badly the Chelsea owner wants Torres to succeed. Rafa Benitez is virtually Fernando Torres’ last life line at Stamford Bridge.

Torres was at his imperious best under Rafael Benitez during his Liverpool days. Abramovich would hope that the Spaniard can restore Torres’ confidence. But the Spain international might not have too much time in his hand to resurrect his fading Chelsea career.

According to reports, Torres has a month to find his scoring boots once again and Chelsea have already lined up a striker from Brazil to replace him in the starting line-up in January.

Metalist Kharkiv striker Taison has been linked with a £12 million move to Stamford Bridge in January. The 24-year-old forward was in the stands during Chelsea match against Fulham.

Taison who was signed from Internacional back in 2010 has been in fine form this season. The versatile Brazilian can play upfront as well as a winger.

Recently he made it to the headlines after scoring an absolute stunning of a goal against Monaco in the Europa League. It was almost a recreation of the famous volley by Marco Van Basten in 1988.

Although it is obtuse to expect Benitez to change anything within Torres in two games, but the striker needs to perform before the transfer window opens in January.