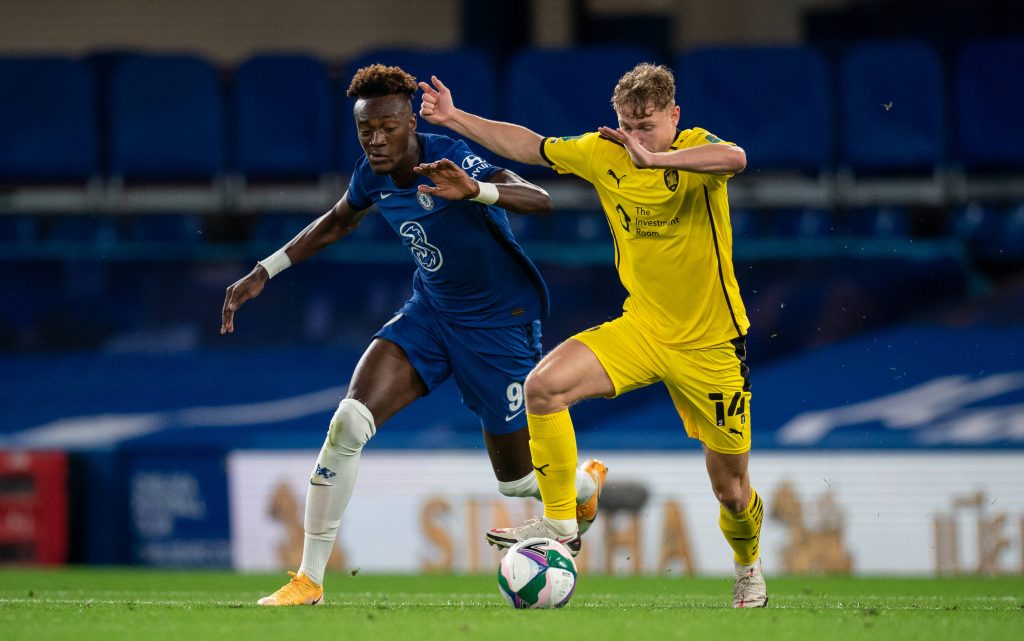 Chelsea striker Tammy Abraham has been linked with a move to Roma.

The 23-year-old is out of favour at Stamford Bridge and has been heavily tipped to leave the club this summer.

According to gianlucadimarzio.com, Roma are eager to beat Atalanta and Arsenal to secure Abraham’s services.

With Premier League options thin on the ground for Abraham, it is no surprise that Serie A clubs are being touted as possible destinations.

Arsenal and West Ham United are reportedly interested in Abraham, but his over-the-top wage demands have put him beyond their reach.

Atalanta have expressed interest in Abraham, but a move to Roma could be appealing to Abraham.

The opportunity to work under Jose Mourinho is likely to be tempting, and the Portuguese could be the man to unlock the striker’s potential.

Abraham’s record of 30 goals in 82 appearances for Chelsea is respectable enough, but the calmer waters of Serie A could spark an increase in his output.

With Romelu Lukaku set to rejoin the Blues this summer, Abraham’s hopes of featuring for Chelsea are reduced, and a move to Roma would be a wise one to make.