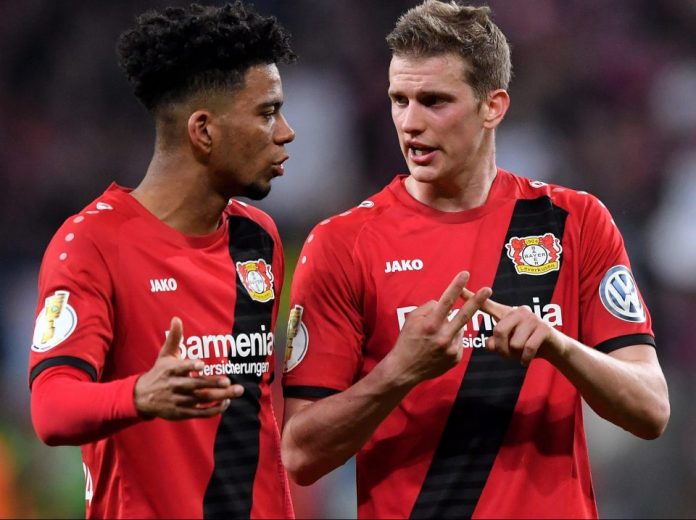 Chelsea are interested in signing the Bundesliga defender Benjamin Henrichs this summer.

According to reports, the Blues are ready to pay around £31million for the German wonderkid and a summer bid is being prepared.

Henrichs made his Germany debut back in 2016 and he is a target for Manchester rivals City and United as well.

The 21-year-old has been very impressive for Bayer Leverkusen this season and Antonio Conte wants him to fight for the starting right back spot alongside Victor Moses.

The Italian signed Emerson Palmieri as competition for Marcos Alonso and now he wants to do the same on the right-hand side.

Reports claim that Chelsea are in pole position to sign Henrichs this summer.

The 21-year-old is rated the Bundesliga’s best young defender and Leverkusen will not want to lose him right now. However, the German outfit can do nothing to keep him at the club if the Blues decide to trigger his release clause.

Henrichs signed a two-year contract extension last summer, keeping him at the club until 2022. The new contract has a £31m release clause.

There is uncertainty surrounding the future of Conte and it will be interesting to see whether the Blues decide to wait for a new manager before making moves in the transfer market.