Chelsea beat Manchester City 1-0 at the Etihad this evening in what was arguably the game of the season so far.

Branislav Ivanovic’s first half pile-driver was the difference between the sides, but the margin could have been even greater, with the Blues hitting the post three times in what was a counter-attacking masterclass from Jose Mourinho’s men. 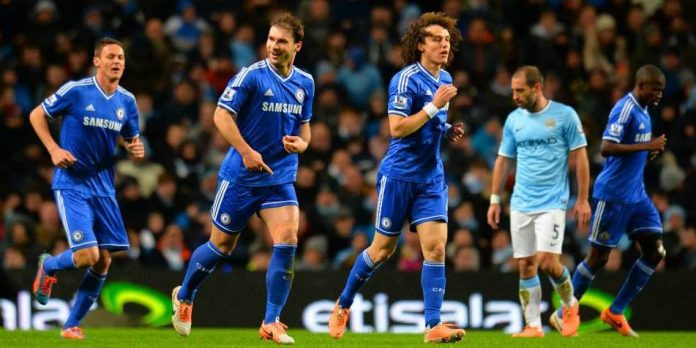 City certainly played their part in the proceedings, and came mightily close to grabbing an equaliser on numerous occasions. But the Chelsea defence was exceptional to a man, and played a huge part in consigning City to their first home defeat of the season, and their first blank at home since 2010.