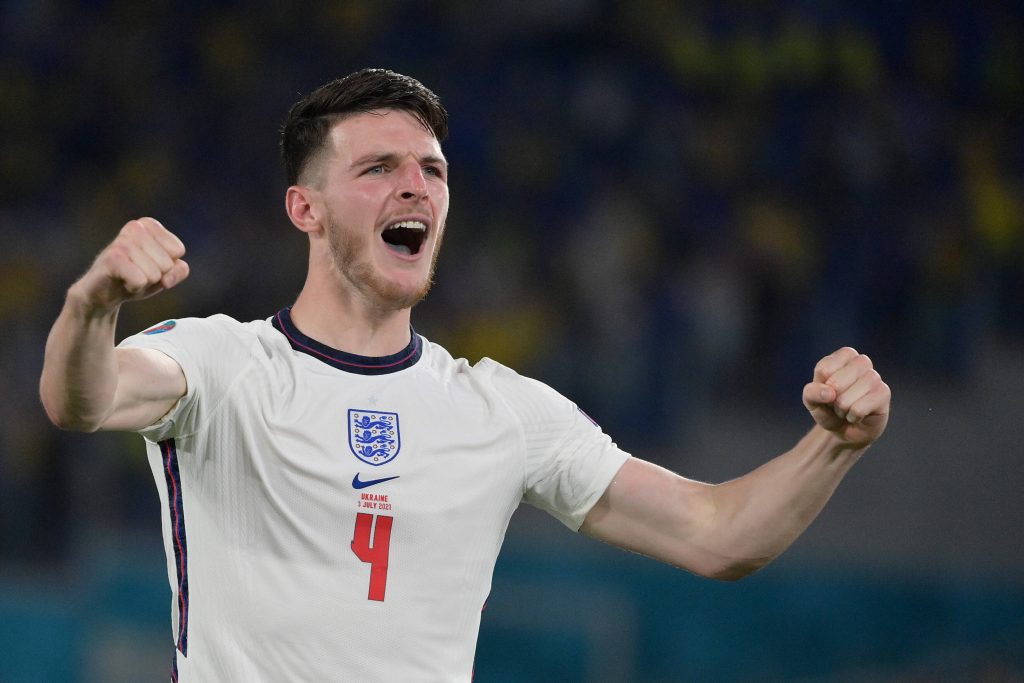 The west London giants have held a long-term interest in the England international, who was in their academy until the age of 14.

Frank Lampard wanted to sign him last summer, but the club were reluctant to pay big money, having already spent £225 million on new signings.

Lampard is no longer the club’s manager, but there continues to remain speculation with Thomas Tuchel also an admirer of Rice’s talents.

It is now reported that the Blues are lining up a transfer offer to re-sign Rice. The Hammers value the midfielder at £80m.

Tuchel was hugely successful with his 3-4-3 set-up last season, and there is a big chance that he could continue with the same formation next term.

Rice would be a quality signing for the Blues, and he could be assured regular game time with his versatility of playing in defence and midfield.

He is most comfortable playing in the defensive midfield role, but he can also operate at the heart of the backline which is an added boost.

The Blues are open to parting ways with Kurt Zouma, and Rice could come in as a quality replacement with his good defensive and ball-playing abilities.

Elsewhere, there has been continued speculation over Jorginho’s future with his agent recently acknowledging that Juventus are interested in him.

The Blues seem unlikely to sell the 29-year-old after his terrific turnaround in fortunes this year, but a summer departure can’t be completely ruled out.

They may be tempted to cash in on the Italian when his valuation is at the highest. Rice could seamlessly fit in the role alongside N’Golo Kante next term.