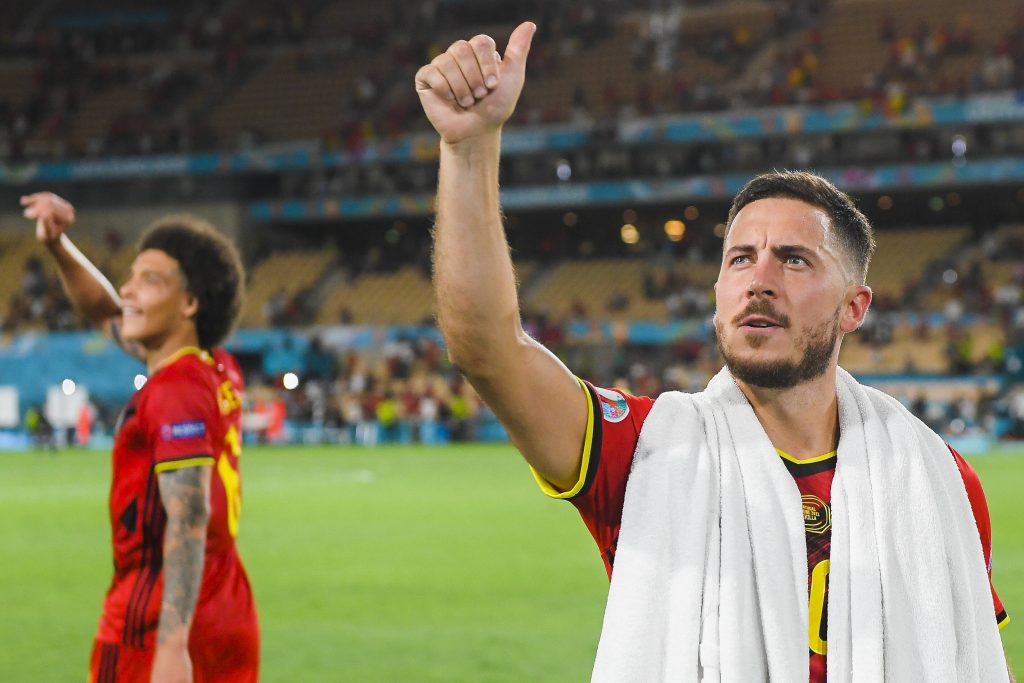 Chelsea have been offered the chance to re-sign Real Madrid attacker Eden Hazard this summer through intermediaries, AS reports.

The Belgian was a hugely popular figure during his seven seasons with the Blues between 2012 and 2019, but he has struggled since his move to the Bernabeu.

Multiple injuries have hampered him from marking his mark with the Madrid giants. He has been restricted to just 43 appearances across all competitions.

Los Blancos signed him for an initial €100 million in 2019. With €20m of their investment amortised each summer, they are looking to offload him for €60m.

While Hazard remains a hugely popular figure in the Blues’ dressing room, it is reported that a deal is difficult with the price tag and hefty wages involved.

Hazard achieved legendary status during his time at the Blues, registering 110 goals and 92 assists from 352 appearances across all competitions.

He has suffered a nightmare spell since leaving the club with 11 separate injuries. His troubles continued at the recent European Championships.

The 30-year-old was ruled out of the quarter-final clash against Italy. That proved a big blow as the Red Devils were ousted from the tournament.

Hazard has another three years left on his Madrid deal, but the hierarchy are prepared to part ways with him rather than staying patient.

They need to reduce their surplus wage bill to register new signings, and it appears that Hazard, who is one of the highest earners, could leave.

A dream return to Stamford Bridge appears unlikely, considering Tuchel has numerous wide attacking options at his disposal ahead of next season.

The German has Timo Werner, Kai Havertz, Christian Pulisic, Mason Mount, Hakim Ziyech and Callum Hudson-Odoi, who can play in those positions.

Even if a couple of those players head for the exit door, they may focus on landing a young recruit than spending €60m on an injury-plagued Hazard.

His salary has also risen astronomically. Hazard was on £225,000-a-week before leaving the Blues. He is currently on a staggering £415,000-a-week.

Hazard, who has 32 international goals to his name, won six major trophies during his time at Chelsea including two Premier League titles.