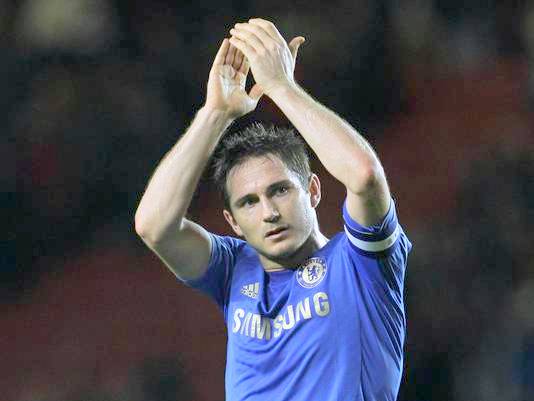 Chelsea midfielder Frank Lampard’s future with the club is still in the dark after club chief executive Ron Gourlay denied reports that the Blues are in talks with the midfielder over a new contract.

The 34-year-old midfielder, who spent 12 long years with Chelsea, will be out of contract in the summer while the club has maintained the stance that they won’t extend his deal beyond the end of the season.

In a press conference on Tuesday in Bangkok, Gourlay said that discussions are “ongoing” with Lampard, hinting that the midfielder could well stay at the club next season.

However, Chelsea have denied making such comments. Gourley was quoted in the club’s official website:

“I am not prepared to discuss this at this time. Obviously conversations must remain confidential between the club and the players at all times so that is as much as I can say.”

Lampard, who will become a free agent next summer, has offers from host of clubs across the globe including LA Galaxy and teams in China, but the midfielder has stated time and again that he wants to stay at the club and thereby hasn’t signed any pre-contract deals elsewhere in the hope that Chelsea would offer him a new deal on the basis of his performance.

Talking about performance, Lampard has been one of the star performers for Chelsea this season, scoring 11 goals this season for the Blues.

Lampard joined Chelsea from West Ham in 2001 for around £11 million and has made 633 appearances for the club, scoring 199 goals. He is currently just three goals short of becoming the all-time top scorer for the club, a record currently held by Bobby Tambling.

Chelsea fans would love to see Lampard stay at the club and have made their opinion clear but unfortunately the club’s hierarchies think otherwise.