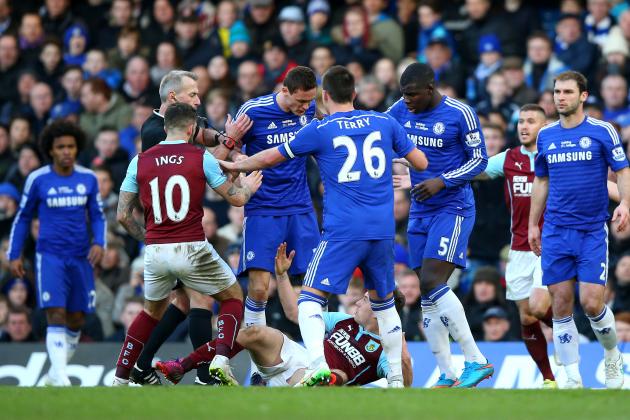 According to latest news, Chelsea star Nemanja Matic has had his ban reduced to two games following an appeal.

Nemanja Matic has had his suspension reduced to two matches after his sending off v Burnley. More to follow #cfc pic.twitter.com/4XR5N7BX8N

The Chelsea midfielder was initially banned for three games after receiving a straight red against Burnley. The Serbian was involved in an angry altercation with Burnley’s Ashley Barnes.

The FA released a statement today confirming the reduce of the initial three match ban.

“The violent response of Mr. Matic to the nature of the tackle cannot be condoned and does not vindicate his subsequent actions. The members of the Commission did, however, accept the mitigation in respect of the level of force used by Mr. Matic and the nature of the contact he made with Mr. Barnes of Burnley FC.

“Having made those considerations we determined that the standard punishment of a three-match suspension would be clearly excessive and, therefore, ordered that the suspension be reduced to two matches.”

The incident sparked an outrage universally after Barnes brought Matic down with a potential leg breaker. While the shove from Matic is worthy of a red card, Chelsea and Jose Mourinho have expressed their frustration at how the referee dealt with the dangerous challenge from the Burnley man.

Further the London club released a statement claiming that they are appalled with FA’s decision to uphold a two game ban for Matic.

“The Chelsea Football Club Board is extremely disappointed and frustrated that the FA Regulatory Commission has today decided not to reduce Nemanja Matic’s suspension to the maximum extent permitted under FA rules.

There has been universal condemnation of the reckless challenge made by Ashley Barnes on Matic and it is the club’s view that he has been unjustly punished with a two-match ban for his reaction to a career-threatening tackle.

It is Chelsea’s opinion that referees and the football authorities must do more to protect players at all levels of the game from dangerous challenges. This decision also clearly demonstrates a need for consistency and fairness in the disciplinary process.

The club awaits The FA’s written reasons, prior to commenting further”.