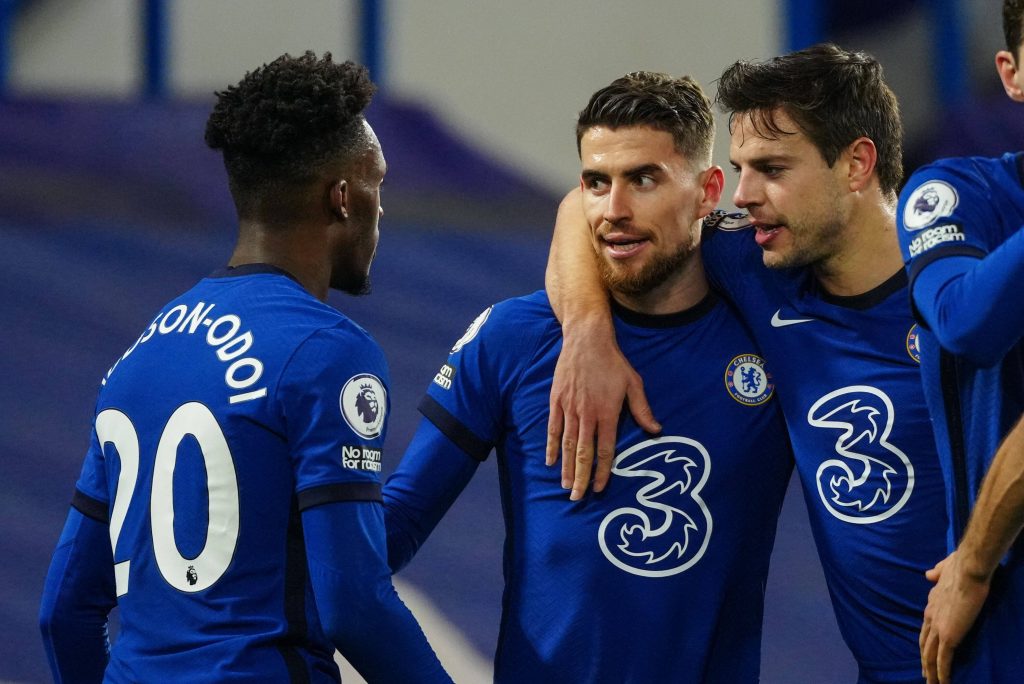 Chelsea midfielder Jorginho has been linked with a return to Napoli this summer.

The Italy international joined the Blues from the Serie A club on a five-year deal in 2018. His move coincided with Maurizio Sarri’s appointment as manager at Stamford Bridge.

The pair had previously worked together at Napoli, coming close to winning the Scudetto with an exciting brand of football.

Sarri subsequently guided Chelsea to success in Europa League but left for Juventus after just one season in charge.

He was sacked by Juve last August and has now been tipped to return to Napoli, sparking talk from Jorginho’s agent that his client could follow him.

Speaking to Radio Kiss Kiss, Napoli’s official radio station, Joao Santos said: “Sarri at Napoli with Jorginho is a wonderful idea. The player has two-and-a-half years left on his contract with Chelsea and an important salary.

“It’s possible on a football level, certainly. We’d have to see what (Aurelio) De Laurentiis thinks. Naples is a city that Jorginho loves very much, which marked an important part of his career.

“Sarri is also an important coach for him, at which he expressed himself at the highest level.”

Sarri was eager for Jorginho to follow him to Stamford Bridge, with the club beating off competition from Manchester City to secure his services.

Although he is sometimes maligned by some pundits, the 29-year-old undoubtedly performs a vital function in Chelsea’s engine room.

He has been a regular starter under current manager Thomas Tuchel, who clearly values his contribution to the team.

Chelsea will probably be keen to retain Jorginho, but the lure of reuniting with Sarri could be tempting if his former boss is reappointed by Napoli.

Read: Haaland may have to alter Chelsea stance after Dortmund defeat.