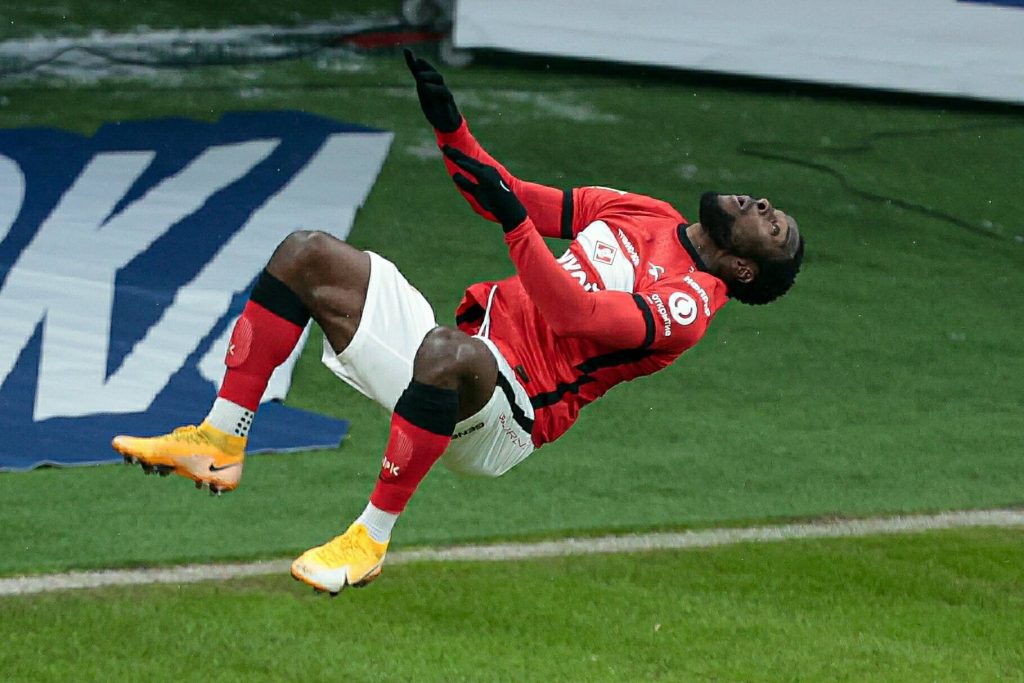 Victor Moses has ended his miserable spell at Chelsea by completing a permanent move to Spartak Moscow.

According to the club’s official website, Moses has agreed to sign for Spartak after enjoying a successful loan spell with them last season.

Moses made just 128 appearances for the Blues, although he did collect Premier League, FA Cup and Europa League winners medals during his time with the club.

Plenty was expected of Moses when he joined Chelsea from Wigan Athletic in 2012, but he largely failed to live up to expectations.

Loan spells at Liverpool, Stoke City and West Ham United didn’t work out, but Antonio Conte’s arrival as manager proved to be a blessing.

Conte utilised Moses as a wing-back, and the Nigerian made the position his own as Chelsea won the Premier League title.

Moses continued to impress the following season, helping the club win the FA Cup, although that period was as good as it got for him at Chelsea.

He subsequently spent time on loan with Fenerbahce and Inter Milan, before heading to the Russian Premier League last October.

The 30-year-old will be happy to have sealed a permanent move to Spartak, but his time at Stamford Bridge has undoubtedly been disappointing.

He was widely touted as the ‘next big thing’ when he left Wigan for Chelsea, but his career has not panned out as he would have hoped.