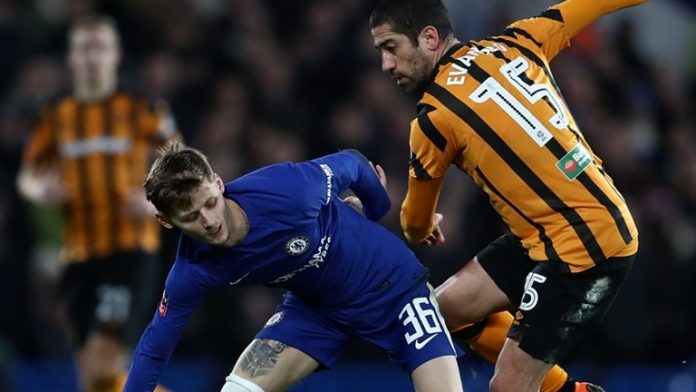 Chelsea midfielder Kyle Scott has agreed a move to Dutch side Telstar on loan.

The 20-year-old made his first-team debut for the Blues during their 4–0 home victory over Hull City in the FA Cup fifth round in February 2018.

Scott has represented England at U16 level, Republic of Ireland at U17 level and United States at both U18 and U20 level. He is also eligible for Italy.

The youngster will join Southampton striker Ryan Seager with the Eerste Divisie club for next season.

“In recent weeks we have been busy getting this talented duo to the Netherlands,” Telstar Technical Director, Piet Buter, told the club’s official website.

“Both have already been able to get to know the club, and the feeling was good for all parties.

“We are happy to have been able to add two very good football players to our selection, and I am convinced that they are going to show themselves this season.”

Scott has been with the Blues since the age of 10, progressing through the academy ranks and often playing above his age level while as a youngster.

During last summer he travelled with the first team to Beijing and Singapore for the club’s Far East tour, and featured in games against Arsenal and Inter Milan, before being named on the bench for the opening few games of the Premier League season.